Getting beyond Ground Hog Day by Wendy Delsol

My first three completed novels didn’t sell. The next four did. And I currently have three—yes, three—WIPs (works in progress). That makes ten books with beginnings. Ten books with what I felt were go-the-distance plots. And seven books to which I tacked the highly satisfying “the end.” Still, I have to admit that when it comes to writing I experience Groundhog Day sensations. Constantly.

New day, same doubts: Haven’t I written a variation of this scene before? Don’t all my characters end up sounding the same? Why am I tackling the family theme again? Isn’t this resolution similar to (insert title’s) resolution?

And let’s not forget the film and line that must, in the darkest of moments, haunt every writer: The Shining’s “All work and no play make Jack a dull boy.” 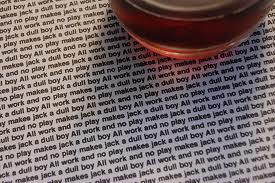 So how does one leap frog over Bill Murray without becoming Jack Nicholson? How does one make a little bit of progress each day?

What works for me is small, achievable goals.

Granted, just getting words on paper doesn’t guarantee progress on those bigger-picture questions: Haven’t I written a variation of this scene before? Don’t all my characters end up sounding the same? Except, the process of posing such questions indicates attention to and an awareness of my writerly crutches. Which I can then deliberately set aside and attempt a few tentative—and perhaps hobbled—steps in a new direction.

And about the other famous groundhog character, the rodent prognosticator: Nothing personal, Punxsutawney Phil, but in a four-season climate, there is always more winter after February 2nd. About six weeks of it. But day by day, six weeks is doable. As is a little forward momentum each day.

Happy belated Groundhog Day to all.
Posted by Wendy Delsol at 10:54 AM