The Books I Wish I'd Written (Brian Katcher)

I once told my wife that if I were Suzanne Collins, I'd write a prequel to The Hunger Games to tell about how Panem came to be.

No, scratch that. If I were Suzanne Collins, I'd roll around naked on a huge bed of money.

Some books change lives. Some books are heralded as great works of literature. But some books make cash. So if I could have my name on the royalty check for one book, I guess it would have to be... Quotations from the Chairman. Yes, he murdered hundreds of thousands of Chinese. But he had the good sense to write a book and make its purchase mandatory. To this day, it tops lists of the bestsellers of all time. That's a lot of yuan.

Now my church always says that it is morally wrong to allow suckers to keep their money. That being said, I also kind of wish I'd written...

Dianetics. But not his other stuff. Especially not his science fiction. If you want to know what makes a great SF story, it's not lots and lots of necrophilia.  Dear God...

Now my life as a school librarian isn't that exciting, but I shouldn't let that stand in the way of a great memoir. 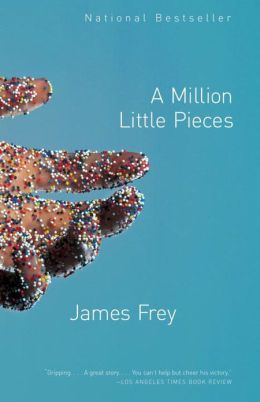 Maybe everything in the book is total BS, but it still sold a lot of copies. Maybe he sold out his integrity, but it sure paid well.

He's sold millions of these little religious comic books. It's not like I'm NOT going to hell anyway.

Finally, I wish I'd penned this gem:

Feeling a little cynical tonight, Brian?
Posted by Brian Katcher at 1:45 AM