WHEN YOU PLAIN DON’T CARE ABOUT REJECTION ANYMORE (HOLLY SCHINDLER)

I started writing full-time in 2001. Seven and a half years, multiple manuscripts (I honestly lost count of how many books I wrote), and more than 1,000 rejection letters later, I sold my first book.

Back in my pre-published days, rejection was awful. I remember keeping track of my requests for full manuscripts on a calendar, getting more and more excited as the days and weeks piled up. (Because if it was taking that long for them to get back then SURELY it must be good, right? They must have been sooo excited about the book, they were right at that moment getting ready to send me a contract, right, right, right?????) And then, I’d get my SASE back (yep, when I first started subbing, it was paper queries sent via snail mail), and with my heart in my tonsils, I’d slowly peel the envelope open, hold my breath, and work up the courage to peek inside.

And it was always a no.

It hurt and at certain markers (usually in the spring, which indicated that yet another year of full-time writing had come to a close), it would send me into something of a tailspin.

Now, not so much.

You get the point. 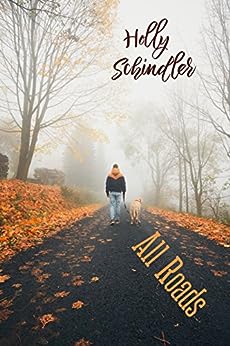 It also helps that I’ve branched out, and now release work on my own, independently. Sometimes, books don’t fit with traditional publishing. Take ALL ROADS, which I released last fall (not in any way meant to be a pun, considering that “end of the road” business in the previous paragraph). It’s very short (around 20K words), and it features five narrators, one of which is an animal. No traditional publisher would touch that book. But it is quickly becoming one of my most-read independent works, has been the featured book in reading groups, etc.

The point is, what would have once been a drawer manuscript is now out in the world. As authors, we have so many options. Far more than we had when I started in 2001. Don’t fear the “No.” Listen, revise, learn your craft. Never stop improving. Never stop dreaming. If you want to write, write. Period. If you want to publish, publish.

It’s never the end of the road.

Posted by Holly Schindler at 7:30 AM