Of hair pulling and running in circles 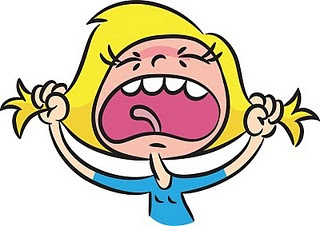 I love reading this blog when other authors talk about the pain of writing. Not the carpal tunnel (which I've had), or the achy back from sitting down with a laptop on your thighs for hours on end, but the mental anguish that comes from trying to write a book. Because it makes me feel just a little bit better.

I write fast. Or, at least I used to think I wrote fast. My first book took three months from idea to completion. My second took five months (they were both adult novels). My teen books have never taken more than five months to write and my last one took a mere two and half (mostly because I feared missing my deadline, and I'm afraid of editors). Then I took some time off. I needed a rest after writing four books in a year. And I think that was a HUGE mistake.

I'm not a marathon runner. I'm a sprinter. I knew that (literally, I can't run more than a 5k without losing my mind from boredom). So what happens when a sprinter decides to take a little time off and then puts on her sneakers to run again? She wants to take off like a bullet. But she also feels terribly out of shape. She feels like she forgot how to walk, no less run. Her sneakers feel uncomfortable and give her blisters. And she wants to cry.

I started writing my current novel in earnest in September (I'm not a summer writer). I'd been noodling it around in my head for at least a year, jotting down notes and ideas. And now it's March. Shouldn't I have a book by now? Or at least feel like I'm nearing the finish line? Instead I'm all messed up. I've lost my mojo. Broken my stride. Getting back on the horse after you haven't even been near the stable in over a year is hard.

So I'm 61k words into it and still feeling a tad wobbly. When it's good it's a blast. When it's bad I start to wonder if I just plain forgot how to write. But I continue to type and tell a story and hope some day soon it all makes sense. And I can promise you this - I will never, ever take a writing break again.
Posted by J OConnell at 4:27 PM