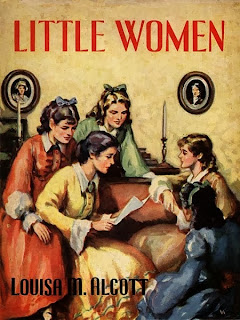 There’s this moment in Season 2 of GIRLS where Ray wants his copy of Little Women back from Hannah, who has left it at Adam’s apartment. Ray needs it because his godmother, who gave the book to him, has written notes about his ‘s- - t’ in the back. A discussion ensues about which Little Women character each GIRLS character is most like. “Are you an Amy? Or a Jo?” Ray thinks he’s a Marmee. Hannah snipes that most likely Ray is the absentee March father, who spends the book fighting the Civil War.

All of which is a long way of saying that Little Women had a huge affect on me growing up. So many books did really: I debated writing this post about The Witch Family or Half Magic or Wrinkle in Time, which is often my go-to book for posts like these. Or how I adored Ayn Rand’s The Fountainhead when I was 16 even though I now despise it. How I snuck John Updike’s Couples from my mother’s bookshelf when I was 11, which is possibly far too young to be reading about infidelity and ennui in the suburbs. How I loved so many of the quiet, gentle books that populated my elementary school library: The Noonday Friends; A Tree Grows in Brooklyn… and of course Harriet the Spy and the Nancy Drews and a bunch of other Nancy Drew-esque books I found once at a library book sale: Dana Girls and Trixie Belden and other plucky mystery solving girls from past decades in books so old and yellowed that pages often crumbled as I read.

But Little Women. God, I loved that book. Do you know that when Beth died, I stopped reading? I actually didn’t finish the thing until about a year later, this is how devastated I was at 8. There is just something about the book—about Amy and Jo and Meg and Beth and of course Marmee, who seemed the perfect mother in ways that no mother could ever be. And the Hummel family tragedy. And a boy named Laurie. Who doesn’t want a damaged rich boy with a girlie name living next door? Who doesn’t want his grandfather to send over a piano?

Like so many girls who grew up to be writers, it was Jo I related to most, of course. Her ambitions. Her need to write. Her strength and intensity and the way she dealt with not really fitting in. Of course, a piece of me—if I am honest—always wanted to be Amy. I am NOT an Amy. But to be the girl that people simply do things for? There is an appeal. A huge appeal. I adored Beth. But I was never that selfless. I would never be a Meg because I am not a rule-follower. Do you remember the whole thing with the gloves at the party? Possibly, I will end up as Laurie’s curmudgeonly grandfather. 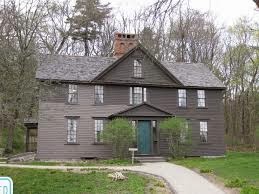 A few years ago, while in Boston, I drove to Lexington and Concord (and also Walden Pond, a story of its own), and toured Orchard House, which is where the Alcott family lived. Do you know that Louisa May Alcott was allowed to draw and write on the walls? Imagine!