How The Secret Year would change (Jennifer R. Hubbard)

Three things would have to change if I were writing my first book, The Secret Year, now instead of back in 2008. (It came out in 2010.) 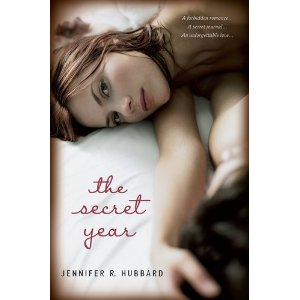 The first is technology. Back when I wrote TSY—envisioning the events in the book having occurred a few years before its publication date—it was still conceivable that some students wouldn’t have cell phones, especially when they had the money problems that Colt’s family had. Colt and Julia communicated by notes and occasionally on his family’s land line. But mobile phones have increasingly infiltrated young adulthood and childhood; I think they’re now seen as more of a necessity than a luxury. Colt’s family would find a way to get him one, even if it had a very restricted plan.

Julia’s secret diary, discovered after her death, might be digital nowadays—but then again, it might not. As a writer, Julia would know of the theories that handwriting may allow us to tap into creativity in a different way. She liked texture and touch; she liked the flow of ink under her hand. She liked color; she appreciated the purple of her journal. So that might not change.

However, even more than technology, the biggest change in Colt and Julia’s world would revolve around politics.

The setting of the book, a mid-Atlantic rural town whose farms and few industries had dried up, became one of the battlegrounds on which the election of 2016 played out. The income inequality gap between the town’s richer and poorer residents was the fault line that formed the book’s main conflict. There’s even a scene of racist mockery—a scene that could become far uglier nowadays, I suspect. There’s no way I could write about this community today without addressing the political fallout from 2016.

Looking back on TSY, I do think sometimes about which way different characters (and neighborhoods) would have voted, what lawn signs they would display, how they would treat one another now. Where would they look for solutions to their problems? Where would they try to pin blame?

The final change involves the river, a part of the setting so important that it was almost like a character itself. Colt lived on its banks, and the back of his family’s property was already wet. In the book he mentions in passing how high the floodwaters had gotten in the past, never reaching the house.

In looking back on TSY, I wish I could say that the problems I wrote about would now be obsolete, that they’ve all been resolved. But it’s gone the other way. We are still dealing with job loss, income inequality, bitterness, racism, and rising waters. The challenges have multiplied.
Posted by Jennifer R. Hubbard at 7:00 AM