Not talking in terms of words written, but words released. Rather than drafting, I've been launching new reads. This holiday season, I've put out two novellas (ALL ROADS and CHRISTMAS AT RUBY'S). Added up together, the books hit around the 50K-word mark.

I love writing holiday stories--love dipping into a magical and heartwarming world. While these are technically adult reads, they do feature a few young(ish) characters. I hope you'll come along with me, into worlds where the seemingly impossible turns out to be true.


More about this year's releases: 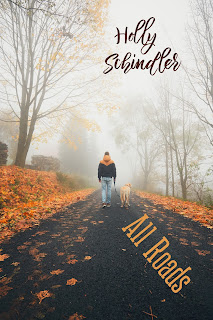 Do all roads really lead us home?

Just days before Thanksgiving, the two cross paths, both claiming to own the same dog. Questions and strange coincidences quickly begin to mount.

Is Jesse just another scam artist out to prey on a family’s long-held hopes?

Is Louisa so overly suspicious that she can’t see a miracle staring her in the face?

They’ll never guess who holds the key to it all...
CHRISTMAS AT RUBY'S 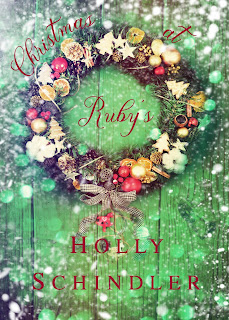 Welcome to Ruby’s, where the Christmas spirit is alive and well.

Ruby’s Place (the classy family-friendly nightspot that once lit the night sky in tiny Sullivan, Missouri) is no more—closed for decades—but that doesn’t keep those who once shared an eggnog or plate of homemade marshmallows from remembering the tinsel-wrapped moments Ruby’s supplied come Christmas.

On a snowy holiday evening, feeling a bit down on her luck, a middle-aged Angela finds herself back at Ruby’s, staring through its foggy, grimy window to remember the Christmases she spent there with her favorite aunt as a child. Could the best Christmas present of all simply be spending one last moment with that special loved one, in a place where memories were born?

At Ruby’s, it seems, the “spirits” are not confined to just the dusty liquors behind the bar, and such a Christmas wish might not be made in vain.
Posted by Holly Schindler at 7:00 AM