I had to laugh when I read YAOTL member Alissa Grosso’s blog on her Nine Reasons she doesn’t participate in NaNoWriMo, because I have many of those same reasons. I always have the best of intentions for doing NaNo but it just never quite seems to work out, this year being no exception. I still hope to do it someday, because I love the idea of writers supporting one another and pulling together to accomplish something remarkable. In the meantime though, I thought I’d share my reasons for not doing it this year, and give one possible alternative.
1)      My book releases always seem to fall in October. This October saw the release of THE GHOST CHRONICLES 2, the second book in my Ghost Chronicles series. Since then, I’ve been busier than a one-legged man in a butt-kicking contest with everything surrounding the book’s launch. As any author knows, the first couple of months after a book’s release are probably the most crucial for promotion, so consequently this book needs my attention first and foremost. 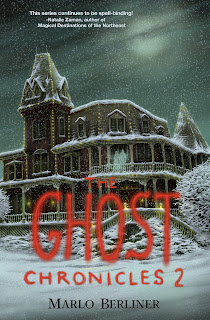 2)      My youngest son is in the midst of completing college applications, essays, and an art portfolio for submission. He needs my help, so all else will have to wait. And just a friendly heads up for all you parents out there, this process is time-consuming and messy. The Common App…well, it’s not so common. Some schools use it, some don’t, and even if they do, you soon discover that each of the schools has an addendum with their own (sometimes lengthy) set of questions anyway! In the end, it’s almost as if you’re filling out a separate app for each school! And if your child applies to any schools under Early Action or Early Decision, then the FAFSA is due by December 1st in most cases. And boy if you’ve never experienced it let me tell you, the FAFSA is pure joy. Kind of like slamming your head in a car door, repeatedly. But we’ll get through this…we will…we will. ***breathes in and out slowly while counting to one hundred***
3)      While I love the idea of authors encouraging one another to reach a goal, I have no idea how one does this and completes 50K words. No idea whatsoever. None. If you’re busy socializing, how can you possibly get anything done? I know if I don’t get off social media and the internet, I get nothing accomplished. So I admire anyone that can do both and get words on the page. Like I said, I still hope to try it someday, but for me I think I might fall into the trap of socializing too much and getting nowhere.
4)      I both love and hate the idea of a word count benchmark. I keep a running tally of my daily word count and try to bank at least 500 words towards each of three projects a day, so I love seeing my totals go up. But that’s the key – I work on three projects at once and don’t write in anything even close to a linear fashion. (Lauren Oliver once said at an NJ-SCBWI Conference she works on three projects at a time, so I’ve been doing it that way ever since. And it totally fits with my writing process.) I need to have each story percolate, stew, and properly gestate before it is born. So working on different projects simultaneously allows my brain to subconsciously do that.
5)      November is a terrible month! There I said it. I completely agree with Alissa – who in their right mind ever chose November?? The decorations won’t put themselves up. I have two children and a large family on both sides, and the presents won’t buy themselves. The cookies won’t bake themselves. There are no elves, no helpers, no Christmas magic, there is only me.
Which brings me to a better alternative and one I have done in the past. It’s called JeRoWriMo and it’s hosted each year by New Jersey Romance Writers, my local chapter of RWA. It’s run in February and our motto is 30K Write Away. For me, 30K words is a much more achievable goal and at a much better time of year when the weather is dreary and the holidays are over. I believe they open it up to members and non-members of NJRW, but you can check the website or twitter in January for more details http://www.njromancewriters.org/ @NJRomanceWriter. 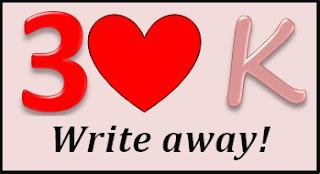 So, if anyone out there did do Nano, please tell me how it went! I'd love to applaud you if you made it, or if you didn't. 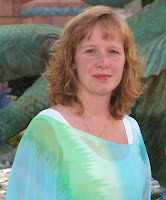 When she's not writing or editing, Marlo loves reading, relaxing at the beach, watching movies, and rooting for the Penn State Nittany Lions. After having spent some wonderful time in Pittsburgh and Houston, she’s now back in her home state of New Jersey where she resides with her husband, two sons, and a rambunctious puppy named Max.