(Re)Claiming the Joy in Writing by Patty Blount

This year has been like running on a treadmill stuck on a high speed. Once false step and you're gonna go flying.

All over my various author communities and indeed, this blog, colleagues are talking about how hard it's been to be creative this year. Feelings persisit. We long for normalcy but yet, too few of us are willing to put in the effort to get it back. So...we're stuck.

Students have it even harder than authors. Trying to concentrate on lessons, missing out on friends, on sports, on SATs -- their futures are in a holding pattern.

I think about them. Just as I need to take my mind off of 2020, I think teens do, too. And that's my job as a YA author. So I made the decision NOT to write about the pandemic. I want teens to be able to lose themselves in my work.

They can't do that unless I can.

So I put it away. I know for one hour, one scene, one chapter, I can hop off that treadmill and put the world on hold for a while. I can find joy in the world I've created and hope readers will, too.

That's why I'm working on a YA Chrismas story. Christmas novels, especially romance, have huge readerships. I am certain it's because the holiday season fills us with hope and cheer. What will this year's holiday season look like?

Scaled down, lots of masks in red and green, silver and gold, silver and blue, maybe Zoom parties. I don't know.

What I do know is the feelings persist. And I try to write those feelings. Tell me how you're coping with pandemic-related stress in the comments!

Like many writers, I’ve had a hard time creating over the past six months. 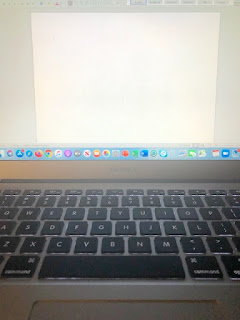 It seemed my heart shattered on a daily basis as I watched the news and perused posts on social media sites. My arms ached with emptiness – not only for the hugs I couldn’t share, but for those who had lost loved ones and would never feel their precious embrace again. My brain couldn’t comprehend the hate and the selfishness of those who ignored the cries for help.

On my best days, fog surrounded me. On my worst, I felt paralyzed. I couldn’t write. My characters’ voices had disappeared, lost to the negative static.

(Yes, I hear voices. I depend on them to write. Many authors do.)

But recently, I remembered back to a time long ago when another voice had disappeared. As a teen, I had silenced my own. No, I hadn’t stopped speaking all together, but I learned to carefully measure my words – swallowing those that might upset the delicate balance in a household that had been through trauma. Too often, I heard the – sometimes well-intended, but often patronizing – advice of ‘get over it’ and ‘let it go’.

On those rare occasions when I did speak up to let them know their words hurt my feelings, they claimed I was ‘too sensitive’.

Those voices eventually took up important real estate, living rent-free in my mind.

Needless to say, that repression wasn’t exactly a healthy decision. Thankfully, in my twenties, I had a wonderful therapist who encouraged me to listen closely to the voices – not just what they were saying, but who the voices belonged to. Would I myself say those things to another person going through distress? And if not, why would I allow them to speak to me that way?

Little by little - and with a lot of help - I learned to express myself once again.

Over the past few months, those negative voices have crept back in. I didn’t recognize them at first. Oh, sure. I noticed the ones who showed up screaming and foaming at the mouth. They were easy to spot. But others arrived with smiles. Their words coated with sugar. Spouting love and concern...then lashing out when I asked questions or took issue with their positions.

They told me I was naïve. Stupid. Wrong. They belittled me. Ridiculed who and what I hold dear. Told me I didn’t know what I was talking about. And when I dared to say they hurt my feelings, they told me I was ‘too sensitive’.

That’s when I acknowledged I’d let them move in. Again. And that’s when I decided to evict them.

A couple of weeks ago, I wrote this poem:

Move past it, She said.

Then She walked away and left me alone.

Get over it, He said.

Then He took the ladder and left me alone.

Let it go, They said.

Then They slammed the door and locked the windows and left me alone.

At first, I pretended It wasn’t there. But It was. Staring at me through the darkness.

Then, I raged at It, screaming for It to leave. But It stayed. Waiting for me in the midst.

Finally, I turned away, cowering in the corner, sure it would devour me. But It didn’t.

Through the silence, I heard soft crying.

And then I realized that It had been lost, and left, and locked away too.

I took Its hand in mine. Together, we opened the door and left Them.

I can’t say I’ve completely broken from ‘Them’. But I can say that I’m working hard not to let Them break me.

In silencing the negative voices, I’ve empowered my own. In piecing my heart back together, I’ve begun to breathe life back into my art. In leaving them, I’ve begun the journey of reuniting with myself.

And my characters? They’re back, stronger and more insistent than ever. After all, they’ve got stories to tell, and it’s my job to let their voices be heard. 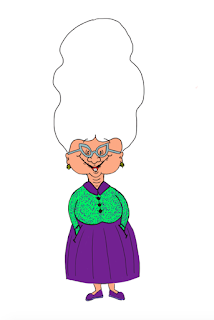