Holly Schindler is the author of the critically acclaimed YA A BLUE SO DARK, which received a starred review in Booklist, was named one of Booklist's Top 10 First Novels for Youth, and won both a solver medal in ForeWord Reviews Book of the Year and a gold medal in the IPPYs.  Schindler writes in multiple genres for all age groups (she's also the author of PLAYING HURT, a YA romance, and THE JUNCTION OF SUNSHINE AND LUCKY, a contemporary MG).  Her third YA (and first mystery / thriller), FERAL, released with HarperCollins on August 26, 2014; FERAL received a starred review in Publishers Weekly.  Her fourth YA, SPARK, released in May of 2016 and has been called a "shimmering spell" by Booklist and "tailor-made for readers who believe in the mystery and magic of the theater" by Kirkus. She enjoys interacting with her readers, and encourages them to get in touch at hollyschindler.com.

Patty Blount is a technical writer by day, author of edgy teen issues novels by night. Her debut novel, SEND, was a Junior Library Guild Fall Pick for 2012, and her third novel, SOME BOYS was a 2015 Firecracker Award winner, Rita finalist, and book award nominee for Missouri and South Carolina Associations of School Librarians. Patty lives on Long Island with her family and really loves chocolate. Really, really loves chocolate. Look for SOMEONE I USED TO KNOW, a novel about surviving sexual assault (Sourcebooks Fire). You can find Patty on Twitter as @pattyblount or at her website, pattyblount.com.

Jennifer R. Hubbard writes contemporary, realistic young-adult novels (The Secret Year, Try Not to Breathe, Until It Hurts to Stop). She has also written Loner in the Garret: A Writer's Companion. Her short stories have appeared in journals such as North American Review, Cricket, Hunger Mountain online, and the anthology TRUTH & DARE. She also blogs, and is on Twitter as @JennRHubbard. When not writing, she is usually hiking, reading, or sampling dark chocolate.

Amy K. Nichols has been crafting stories for as long as she can remember. She earned a Master’s in literature and worked for years as a web designer, though, before realizing what she really wanted to be was an author. Her first novel, YA sci-fi thriller NOW THAT YOU'RE HERE, will be published by Knopf Books for Young Readers on December 9, 2014. The follow-up, WHILE YOU WERE GONE, will be published in 2015. She is mentored by award-winning crime novelist James Sallis. Visit her online at www.amyknichols.com.

Best selling author Jenny O'Connell is the author of PLAN B, THE BOOK OF LUKE, LOCAL GIRLS and RICH BOYS. You can visit her at www.jennyoconnell.com, and follow her on Twitter @authorjenny or Facebook.

Sydney Salter’s novels include My Big Nose And Other Natural Disasters, Jungle Crossing, Swoon At Your Own Risk, and Not A Doctor Logan’s Divorce Book. Sydney lives in Utah with her husband, two daughters, two dogs, two cats, a pair of quiet tortoises, rats, hopping bunnies, and a bearded dragon. When not writing, she enjoys reading, cooking, hiking, skiing, traveling, and searching for the ultimate cupcake. www.sydneysalter.com 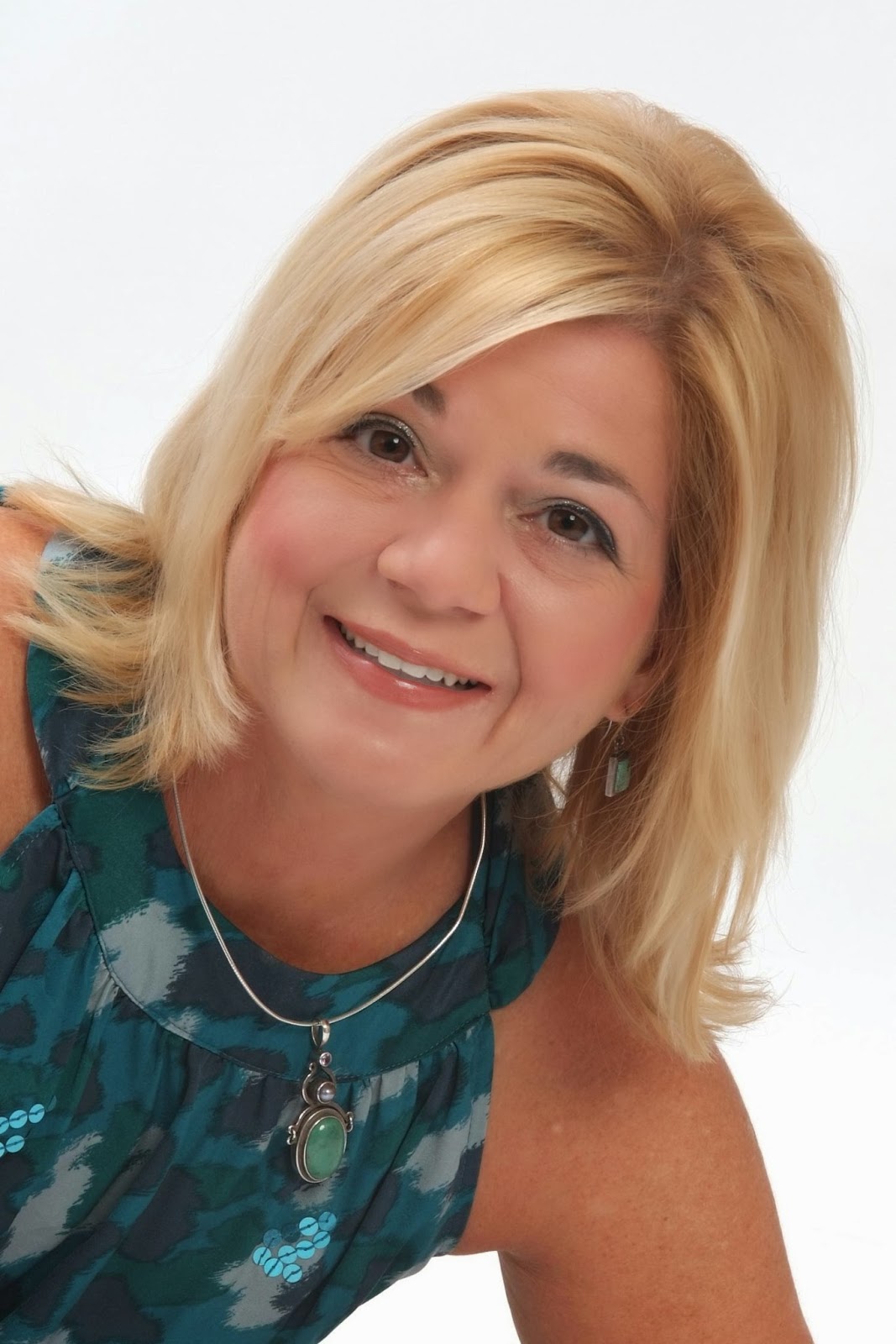 Jennifer Salvato Doktorski is the author of the young adult novels How My Summer Went Up in Flames (Simon Pulse) and Famous Last Words (Christy Ottaviano Books, Henry Holt Books and Company). She is also a freelance nonfiction writer and has published articles and essays in national magazines, such as Cosmopolitan. Her first paid writing gig was at The North Jersey Herald & News, where she wrote obituaries and began her lifelong love of news and coffee. She lives in New Jersey with her family and their dog, Buffy (The Squeaky Toy Slayer) and is currently working on her third YA novel set at the New Jersey shore. Visit her at www.jendoktorski.com or on Twitter @jdoktorski.
﻿

Courtney McKinney-Whitaker is the author of the YA historical novel The Last Sister (Young Palmetto Books, October 2014). Set in 1759-1760 in the British colonies of South Carolina and North Carolina and in Cherokee land during the Anglo-Cherokee War, it follows Catie Blair's quest to avenge her family's murder by fellow white settlers posing as Cherokee raiders. The Kirkus starred review called The Last Sister "compelling and deeply moving and its heroine unforgettable." Unable to stick to one genre like a good girl, Courtney just finished a young adult fairy tale based loosely on the Black Death and is considering returning to historical fiction with a companion to The Last Sister. She grew up in Greenville, SC and now lives in Peoria, IL with her husband, young daughter, dog/officemate/boss, and cat, where she is very good about working out and eating well and very bad about procrastinating and watching too much TV. As a writer who spends most of her workday alone, she loves (is desperate) to connect with other people: check out her website, her Goodreads page, or her Facebook page, or follow her on Twitter @courtneymckwhit. 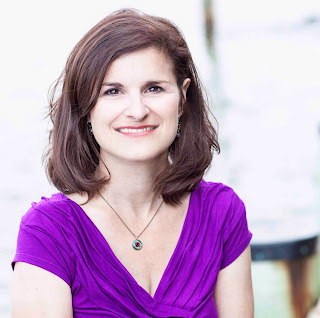 Lea Nolan is a USA Today bestselling author who writes books for young adults featuring bright heroines, crazy-hot heroes, diabolical plot twists, plus a does of magic, a draft of romance, and a sprinkle of history. Born and raised on Long Island, New York, she loves the water far too much to live inland. With her heroically supportive husband and three clever children she resides in Maryland where she scarfs down crab cakes and bakes ugly birthday cakes. Visit her at leanolan.com, on Facebook, Twitter, or Instagram. 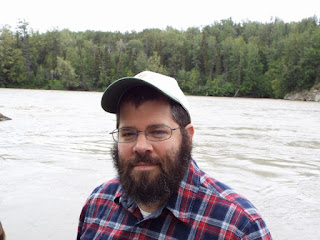 Brian Katcher is the author of the Stonewall Award-winning LGBTQ romance Almost Perfect, as well as Playing With Matches, winner of the 2011 North Carolina Young Adult Book Award; The Improbable Theory of Ana and Zak; Everyone Dies in the End; and Deacon Locke Went to Prom. He lives in Missouri with his wife Sandra, and daughter Sophie. 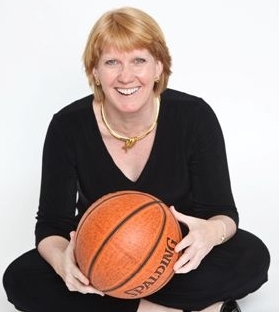 Mary Strand would rather be living in Paris while writing books, rocking out on guitar in a classic-rock band, playing pro basketball, and eating banana-chocolate crêpes. Constantly.

She practiced law in a large Minneapolis firm for 16 years until she set aside her pointy-toed shoes (or most of them) and escaped to write novels. The first novel she wrote, Cooper’s Folly, won RWA’s Golden Heart award and was her debut novel. Out now: a four-book YA series, The Bennet Sisters, starting with Pride, Prejudice, and Push-Up Bras.

Mary lives on a lake in Minneapolis with her husband, two cute kidlets, and a stuffed monkey named Philip. When not writing, she lives for sports, travel, guitar, dancing (badly), Cosmos, Hugh Jackman, and ill-advised adventures that offer a high probability of injury to herself and others.  Visit her at marystrand.com or on Facebook, Twitter, or Instagram. 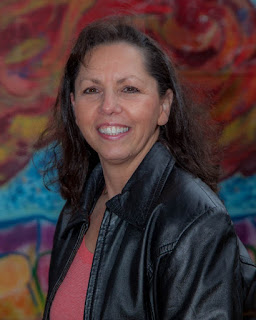 In addition to her day job as a Massage Therapist, PJ Sharon is an award-winning author of young adult books, including the contemporary novels PIECES of LOVE, HEAVEN is for HEROES, ON THIN ICE, and Holt Medallion winner, SAVAGE CINDERELLA. Follow the Savage Cinderella Novella Series with FINDING HOPE, LOST BOYS, SACRED GROUND, BROKEN ANGEL, and her latest release, LIBERTY’S PROMISE.

WANING MOON, WESTERN DESERT, and HEALING WATERS completes her YA dystopian trilogy, The Chronicles of Lily Carmichael, which RT Book Reviews calls “An action-packed read with a strong female lead.”

Her debut non-fiction title Overcome Your Sedentary Lifestyle (A Practical Guide to Improving Health, Fitness, and Well-being for Desk Dwellers and Couch Potatoes) is a holistic living, self-help guide packed with easy to implement tips sure to motivate today’s sedentary masses toward a more balanced and active lifestyle. For more info on PJ’s books and updates on new releases, sign up for her newsletter or visit her website. You can also find her on Facebook! 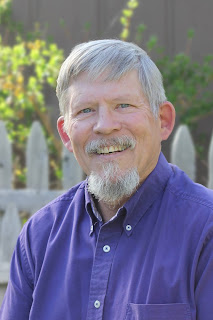 John Clark isn't quite a real Mainer, having been born in New Jersey, but has lived in the Pine Tree State since 1949. He chose to avoid growing up, but when he realized his dream of starring as a major league baseball player was out of reach, he skipped over bank robbery and got a degree from Arizona State University in English. After 27 years working as a mental health professional, he discovered his real job, being a public librarian. His writing career began as a contributor to Library Services in Mental Health Settings published by Haworth Press. Serving as internet columnist for Behavioral and Social Services Librarian for ten years followed that, as well as being a regular contributor to Wolf Moon Journal a Maine literary magazine.

His first book, The Wizard of Simonton Pond was published as an ebook in 2011. That was followed by numerous short stories published in Level Best Books New England crime anthologies.  He is currently working on Hardscrabble Kids a short story collection about Maine teens who are finding ways to overcome impossible situations, and Don't Say It a historical YA book about a high school junior in 1969 who's beyond fed up with being treated as less than because of her gender.

When not writing, he reads extensively, mostly in the YA genre and reviews almost every book he reads. Gardening, winning sweepstakes and enjoying three grandkids rounds out his most important activities.

Cindy Rizzo’s young adult speculative fiction novel, The Papercutter (Part I of The Split Series), was released by Bella Books in June 2021. She is the author of three previously published novels, Getting Back, Love Is Enough, and Exception to the Rule, which won the 2014 Goldie for Best Debut Author. Her short stories and essays have appeared in Unwrap These Presents, Conference Call, Language of Love, Our Happy Hours: LGBT Voices from the Gay Bars and on Medium.com. Cindy lives in NYC and works in social justice philanthropy.