In Which I am Thankful for my Crazy Writing Journey 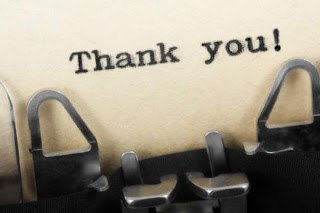 So much has happened since that day in 2005 when I finished the book that would become Dreaming Anastasia. So many pieces of my life are different. I have made many, many new friendships, been blessed to find many mentors. Some things on my gratitude list have nothing to do with publishing and I'm thankful for those, too.
My path to publication has been a bit, um, rocky. Many writers can relate. My first agent left before DA was published. But I got a new agent and I love her. My first editor left before DA was fully edited. My second editor left before Haunted was edited. Let me not underestimate the potential disaster that comes from losing the editors who acquired your work. No matter how much the rest of the team likes you, it’s still a problem. I am grateful for Sourcebooks project editor Kelly Barrales-Saylor who stepped in both times and postponed many other projects to work with me. Just as DA started doing well, I got diagnosed with thyroid cancer and had to have surgery and radioactive iodine treatment. I am thankful for brilliant doctors and am currently cancer free. My publicist – the guy who had clicked with me and championed me – left just as we began to publicize Haunted, which also happened to release on February 1st, the day Chicago, where Sourcebooks is located, had a mega-blizzard and everyone ran for their houses. I celebrated anyway. Just quietly. The Sourcebooks marketing team awesomely readjusted. I got a third editor – who I love – and a contract for the third of the Dreaming Anastasia series. So far editor 3 is still here! (If she leaves, I will track her down and tie her to her office chair and feed her cupcakes)
Despite the craziness, I have two books out in the world and two more on the way. My gratitude knows no bounds!

These days my non-family/friend thankfulness gets divided between three people. The first is my agent, Jennifer Rofe. She is smart and funny and fierce and quirky in all the right places. She kicks me in the butt when I need kicking (which is often), reminds me that I really am good enough on the days I stop believing, and negotiates and plots and plans and dreams big dreams with me. I spoil her rotten because of this. She deserves every Sbux card.

The second is my current Sourcebooks editor, Leah Hultenschmidt. I recently described my adoration of Leah here. It is not easy to take on an author with the third book of a trilogy which you neither acquired nor previously edited. But Leah has done so with grace and enthusiasm. She has a sharp eye and a generous and kind heart and I know that the newly titled Anastasia Forever is in very good hands.

The third is my editor at Soho Press, Dan Ehrenhaft, for whom I am finishing The Sweet Dead Life, a contemporary and humorous paranormal mystery which arrives in 2013. I think of Dan as my ‘brother from another mother.’ His editorial letters and comments are a thoughtfully philosophic conversation. He digs deep with me and when he talks about my characters, he sees them as real people just as I do. He reminds me that less is often more and not only tells me when he loves something but also isn’t shy about saying, “you can do better.” Plus he’s damn funny, plays in rock band, loves Led Zeppelin, Spinal Tap and Monty Python and writes amazing books of his own. My favorite is called The After Life.

So there you have it. I say thank you a lot. I know how lucky I am and how quickly that kind of luck can change. I am thankful to be writing, and following my dream.
Posted by Joy Preble at 2:00 AM