Ballads of Suburbia where I never thought it could be... The Classroom (Stephanie Kuehnert) 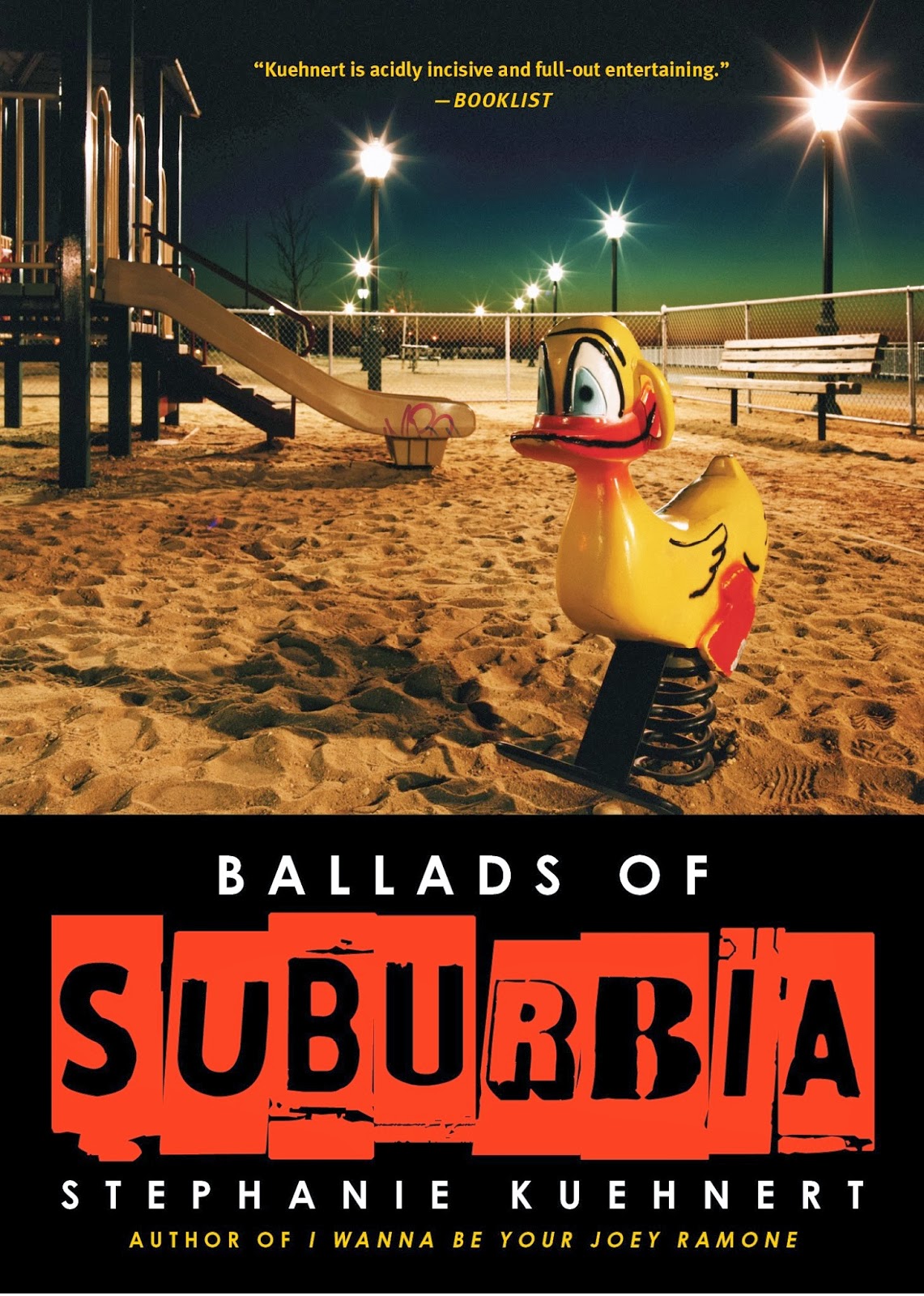 I must admit, I figured that the only way either of my books, I WANNA BE YOUR JOEY RAMONE or BALLADS OF SUBURBIA, would end up in a classroom was if someone hid one of them in a textbook and sneakily read during a boring lecture. Like my fellow MTV Books author Jenny O'Connell, I thought that with Emily losing her virginity in chapter one of IWBYJR and the back cover copy of BALLADS making reference Kara's heroin overdose, there was no way these books would ever make it past the gatekeepers. Of course, I thought that was a shame; I wrote these books, especially BALLADS because they were the books I needed in high school.

Fortunately, as it turns out there are some pretty cool gatekeepers out there. I've been invited to several high schools--some were alternative programs, but others were the kind of mainstream suburban schools that I figured would ban my books--and talked about writing as well as lead workshops for students on writing their own ballads. In that exercise, I have them think of a song that speaks to them the way songs like "I Wanna Be Your Joey Ramone" by Sleater-Kinney and "Bastards of Young" by the Replacements--the songs that inspired IWBYJR and BALLADS, respectively--spoke to me and write the story it gives them to see, fictional or personal and real like my characters' ballads.

Then along came a doctoral education student named Melissa Williamson who created exercises to go with Ballads of Suburbia! I'd never been so honored. Now, if teachers want to use the book in their classroom, I send them to her site to look at what she's done. I know another high school teacher in California who uses both IWBYJR and BALLADS in her classroom and has cool exercises for both. They aren't online, but I've happily put teachers in touch with her in the past.

I've created IWBYJR and BALLADS teaching and reading group sections on my site that also include the official reading group guides from the publisher. I'd love to add more materials by and for teachers someday. It truly is a dream come true for me to see or hear about my books being used in the classroom. They both deal with things I was too afraid to talk about with adults and sometimes even my friends in high school--sex, drugs, mental health, abuse--and there is nothing more important to me than giving those topics voice so that other teens don't have to feel like I did.

One last side note/cool thing I have to share about BALLADS--it finally came out as an audiobook this week!
Posted by Stephanie Kuehnert at 8:26 AM