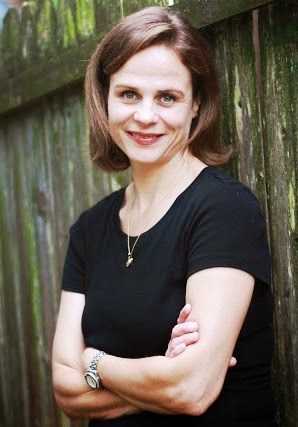 Kristen Lippert-Martin (whose debut TABULA RASA releases Sept. 23) is joining us today as part of her blog tour.  Today, she's discussing revision and recovering from rejection:

When to Revise and When to Give Up
If I didn’t read the obituaries column on a regular basis, I would have missed one of the most inspiring stories I’ve ever read.
I’ll link to the full obit here, and you really should read it, but I’ll also summarize for you: Maynard Hill, amateur aviation enthusiast, spends his retirement attempting to be the first person to fly a model airplane across the Atlantic.
Why did he do this?
This is beside the point.
We, as writers, should all be familiar with the pursuit of endeavors that others consider a little whack.
For Maynard Hill, his goal was figuring out a way to fly a model airplane across the ocean and by golly, after five years and twenty-four—TWENTY-FOUR—different versions of his plane, he did it. He managed to fly that little airplane from Nova Scotia to Ireland on less than a gallon of gasoline.
Imagine doing twenty-four revisions on your novel before getting it to the point where it works? It seems almost unfathomable. Crazy even.
But let’s look at what our inventor friend, Mr. Hill, did. What if each time he got that model airplane off the ground and it subsequently crashed, he realized what caused the crash and also had a pretty good idea about how to fix it?
Then he’d have been crazy to give up on his dream, no matter how many prototypes crashed and burned. He figured out what was wrong and he remedied it. That’s called progress.
I wouldn’t say I did twenty-four versions of my manuscript before I got my “yes,” but maybe I did half that many. My book went out on submission for the first time in May 2012, and it didn’t sell. This was the second book I’d written that didn’t sell, and I had that déjà vu all over again feeling and it was not a bit fun. I’d spent the previous year revising and revising my first manuscript before ultimately deciding, you know what? I AM DONE WITH THIS. I can’t figure out how to fix it and more importantly, I don’t want to figure it out.
So here I was again, in the same position, having to decide whether to keep working on a manuscript or move on. At some point in every writer’s life, she will face this conundrum. How do you know if you’re just around the corner from a story that works, one that will get you to that “yes,” or wasting time on something destined to fail?
After a crushing round of submission, yes, of course I felt like giving up. I didn’t want to put myself through that pain again. Rejection hurts. It hurts your heart, your mind, your liver (especially if you’re drowning your sorrows at the far end of the bar), but ultimately I realized that that was the reason I wanted to give up on it. It was the fear of more pain that stopped me, not cluelessness about how to fix the manuscript’s issues.
When I recovered well enough to look at my story again, I tinkered and tinkered and finally made enough minor adjustments to get it working right. And then it flew—er, I mean sold. (I was deep into that metaphor just then, wasn’t I?)
Sometimes the difference between a no and a yes is just a whole lot of small tweaks. Sometimes it’s a major change.
The only two questions you need to ask yourself if you’re hearing no is: Do I want to keep trying and do I have an idea about how to fix the story’s problem(s)?
Keep in mind that sometimes the answers to those questions are temporary and resounding NOs and maybe you need to give it a little time. But if you can say yes to either of those questions—preferably both simultaneously—you should keep revising until you get to your yes.
And here’s a reminder of why we do what we do:
“It used to be we said we wanted to be famous,” Mr. Hill told The Washington Post in 2001, in the midst of his five-year marathon effort to build an ocean-crossing plane. “Now, it’s just the actual joy of putting it together and making it work and knowing that you had the brains to do all that.”
Read the obits every day, man. I’m telling you. That’s the best stuff right there.
(Here’s another article on Maynard Hill. Did I mention that he was legally blind at the time he was building all these model airplanes? Yup.)

Be sure to follow along through the rest of the TABULA RASA tour.  And get in on the giveaway (below) of a signed copy of TABULA RASA!