Books to add to your "must read" lists -- Jen Doktorski

This month I decided to follow Jody Casella’s lead and post about books and authors I’d like to highlight without labeling them as “under-the-radar.” Not that there’s anything wrong with that, as Seinfeld would say.
Let me start with LOUD IS HOW I LOVE YOU by Mercy Brown. There was so much about this book that I enjoyed but I was particularly drawn to it because the backdrop was the New Brunswick, N.J. indie music scene in the 1990s—a scene I was tangentially connected to as a zine editor and freelance music writer. 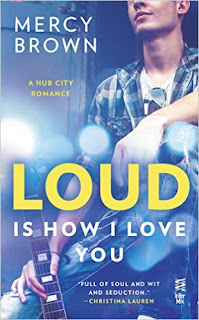 One girl’s heart gets rocked to the core in the first novel in this sexy New Adult series.

Twenty-one-year-old front girl Emmylou knows that getting her band noticed in the ‘90s indie rock scene will be no easy task. She definitely knows better than to break the number one rule of the band: Don't sleep with your bandmates!  But after she ends up having the best sex of her life with her guitarist, Travis, she finds following that rule is a lot harder than it sounds.

When the band gets the gig of their dreams, making it big seems just within reach. But Emmy’s inability to keep her hands off Travis threatens everything they’ve worked for. Can Emmy find a way to break the rules and not blow the chance of a lifetime?
I’ve already preordered the companion novel. 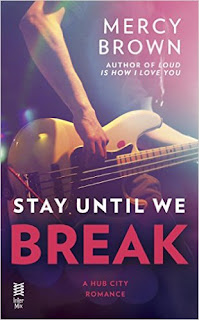 Twenty-one-year-old Sonia Grant, a business major, has big plans for a career in the music industry. So when she’s offered the job of tour manager for her best friend’s band, she jumps at the chance for some real life experience. When her number one crush, bassist Cole McCormack, jumps her the first night on tour, she hopes she’s in for three weeks of some hot backstage action, too. But Cole turns out to have more up his sleeve than she or anyone realized.

Nobody knows that Cole is on the road to party like a rock star one last time before quitting his dream to take a more practical job and settle down. What he hadn’t planned was to fall in love with a girl he believes is out of his league. Will Cole play out the rock star fantasy he thinks Sonia wants from him, or tell her the truth and take the chance that she’ll either break his heart or make an even bigger dream come true?
Next up, SCAR by J. Albert Mann. This books doesn’t debut until April, but put it on your TBR list now!! Seriously. I had the privilege of reading early drafts and I can’t wait to see this one in print. (Fans of middle grade should also check out Mann’s SUNNY SWEET series penned under the name Jennifer Ann Mann.) 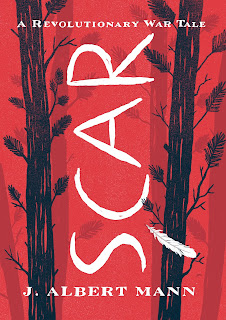 Finally, I’m a huge fan of Jenny Torres Sanchez’s writing. Many of you probably know Jenny as a former YAOTL blogger. Here are her first two YA novels and I am anxiously awaiting her third because, Camus. 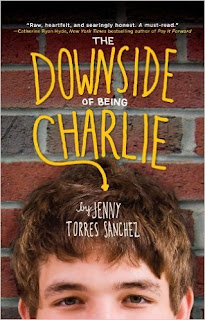 Charlie is handed a crappy senior year. Despite losing thirty pounds over the summer, he still gets called “Chunks” Grisner. What’s worse, he has to share a locker with the biggest Lord of the Rings freak his school has ever seen. He also can’t figure out whether Charlotte VanderKleaton, the beautiful strawberry lip-glossed new girl, likes him the way he likes her. Oh, and then there’s his mom. She’s disappeared—again—and his dad won’t talk about it.

Somewhere between the madness, Charlie can at least find comfort in his one and only talent that just might get him out of this life-sucking place. But will he be able to hold his head above water in the meantime? 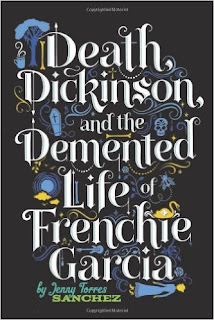 TAYSHAS 2014 Reading list
Kirkus Reviews Best Teen Books of 2013
It is the summer after Frenchie Garcia’s senior year, and she can't come to grips with the death of Andy Cooper. Her friends don’t know that she had a secret crush on her classmate, and they especially don’t know that she was with Andy right before he committed suicide. The only person who does know is Frenchie's imaginary pal Em (a.k.a. Emily Dickinson), who she hangs out with at the cemetery down the street.
When Frenchie’s guilt and confusion come to a head, she decides there is only one way to truly figure out why Andy chose to be with her during his last hours. While exploring the emotional depth of loss and transition to adulthood, Sanchez’s sharp humor and clever observations bring forth a richly developed voice.