The Three Investigators, by Brian Katcher 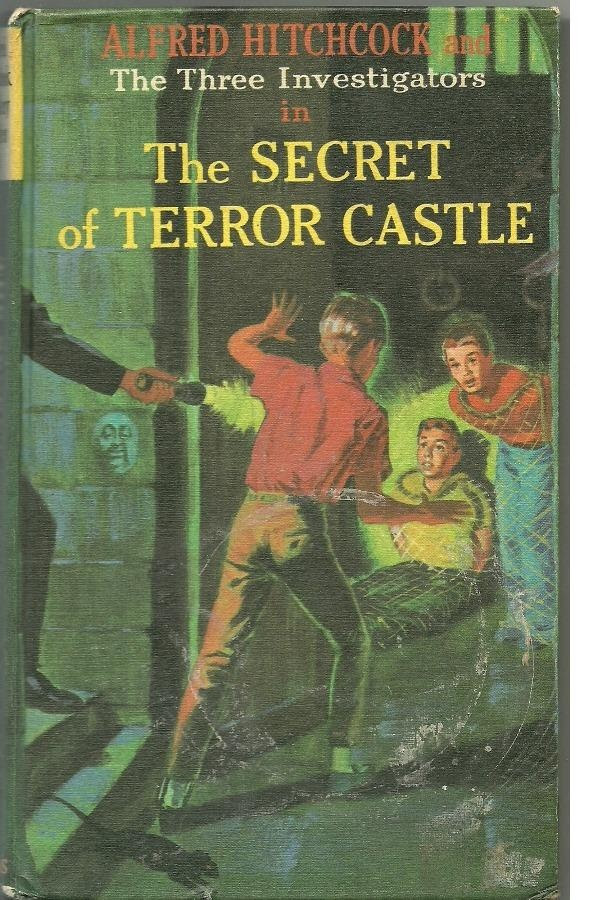 When growing up, teenagers were not considered young adults, but older children. Books for teens and preteens were generally very preachy or puerile.  But there was on series that kept me reading all throughout elementary school.

Chubby genius Jupiter Jones, athletic everyman Pete Crenshaw, and studious researcher Bob Andrews run a detective agency along the California coast. Together, they team up to fight art smugglers, jewel smugglers, gold smugglers, and counterfeiters, who all seem to hide out in haunted mines and castles. Their investigations are secretly backed up by their mentor/publisher Alfred Hitchcock (yes, the director...though when he died in real life, his character was replaced by the fictional Hector Sebastian). When they're not solving crimes, they're thwarting the plans of their teenage nemesis "Skinny" Norris, or having a rumble with the Hardy Boys.

Not in the book, by the way.


The boys' ages are never explicitly stated, though a safe bet would place them around thirteen or fourteen. While their youth would seem to be a detriment to crime fighting, the series manages to avoid the Lord of the Flies syndrome. Hitchcock is always there with funds or information, and while they can't drive, the investigators have convenient access to unlimited use of an antique Rolls Royce sedan, complete with a British chauffeur (a gift from a grateful client, via Deus ex machina Rent a Car).

Still, they never rely on grown ups to solve the mysteries. It's always Jupiter's ingenuity, Pete's bull-headed muscle, and Bob's penchant for research that save the day. As a kid, I often found myself projecting onto Bob, wishing my friends were called upon to exorcise ghosts and prevent rebellions in Eastern Europe.

Jupiter's aunt and uncle own a salvage yard. The boys run their agency out of an abandoned RV which they buried in the junk, outfitted with everything from a telephone to a darkroom (two things which would sadly be unneeded today). They reach headquarters through a series of secret tunnels and passages. And, as I mentioned before, this takes place in a more sanitized time, so they're not down there drinking beer and reading Playboy.

And then I'd close the book and look at my sad little fort built out of sheet metal and a live thorn bush, and sigh.

According to the never erring Wikipedia, these adventures have been released all over the world. However, they are especially big in Germany. Not only have they been translated and re-released, but the German authors have added brand new adventures in Deutsch. This involved changing the characters somewhat. For instance, Hans and Konrad, the Bavarian brothers who work at the salvage yard, are now two Irishmen, Patrick and Kenneth. The boys also apparently have girlfriends in the European issues.

It's been thirty years, but I'm still waiting for that Rolls Royce to pull up, so we could all go off and bust up another ring of international jewel thieves.