Where Is YA? (Holly Schindler & Chris Tebbetts)

Seems like an odd question maybe--especially at a blog that has already been devoted to YA literature for years.

I (the "I" here being Holly Schindler, administrator of YA Outside the Lines) published my first YA in 2010. YA was my entry to the publishing world. YA opened all of my doors. YA taught me so much, introduced me to my first readers, brought me to my first author events--and, as a result, I have such a soft spot for the genre.

I haven't published a new YA since 2016, though--and now, as I'm in the midst of re-releasing my early YA work and also drafting new YA work, I find myself asking, Where is YA these days? in a way I didn't when I first started drafting YA stories.

I'll be featuring YA authors in a new ongoing series, as I ask, quit simply: Where was YA when you started? Where do you think YA is headed?

We're visited first by Chris Tebbetts, author of Me, Myself, and Him: 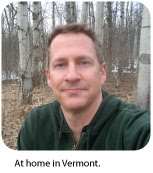 "I only have two YA novels, one published in 2006 and the other in 2019. Both of those books feature what I call incidentally gay protagonists, which is to say, my characters' sexuality isn’t the main focus (much less the main problem) of these stories. Back in 2006, this was a more unusual approach, at a time when a large proportion of LGBTQ YA was focused on the difficulties of being queer in a homophobic world.

Now, fifteen years later, we’re seeing a much broader spectrum of queer stories--not to the exclusion of the ones that reflect the still real, and harsh, realities of what it means to be young and queer today—but in addition to those stories, alongside them on the shelves. I think the same is true for YA in general, where writers of color, disabled writers, Jewish writers, Muslim writers, and others, are finding inroads in publishing today with stories that aren’t beholden to the so-called pain narratives that used to more exclusively define their individual genres."