Into the Wayback Machine 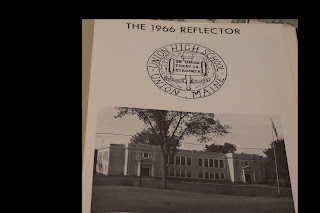 I often think about what it was like when I was in high school and sometimes as far back as first grade. Last year, I researched what was allowed/customary while writing a YA book about a girl who was a junior in high school in 1969. It was a revelation...skirts and dresses were mandatory, girls basketball had a three step rule, and boys all had similar haircuts.

Union High School had less than 100 students and my graduating class of 38 was the biggest ever. Two years after I graduated in 1966, the high school closed, and students started going to Medomak Valley High, a regional school that served five towns. 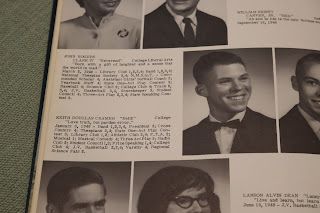 My high school career was uneven at best. I was self-conscious, uncoordinated, and too smart for my own good. Those, along with coming from a family with two alcoholic parents, were factors in the start of my own drinking problem. Small schools (and you see this as a theme in numerous YA books) tend to create too much familiarity, so romantic relationships are awkward at times. I had the lead in a school musical opposite a girl I had just broken up with and it was very uncomfortable.

Another custom I’ve seen in a couple YA books was the unspoken rule that boys could skip school on the first day of deer hunting season without anyone saying a word. In hindsight, it would have been fun to see some of the girls do the same thing. I bet the administration would have gone bonkers. 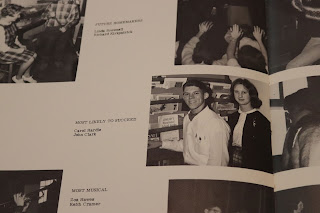 Boys had cars, girls did not. My first was a 1956 Olds 88. It was a boat, weighing close to two tons and took forever to reach 60 miles an hour, but I once got it up to 110 one night on a closed stretch of new road. Small schools tend to do poorly in sports because of the lack of talent. I was too awkward to play baseball or basketball, but earned a letter in girls softball by volunteering as the assistant coach. Trust me, it was fun being the only male on those bus rides.

On weekends, most everyone made the fourteen mile trip to Rockland or Camden for dances or the drive-in movie theater. The latter was less than a mile from the ocean and fog frequently made the screen impossible to see, not than most of us cared. 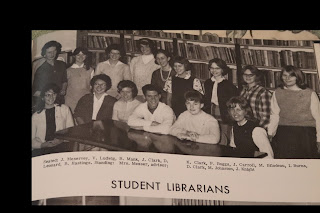 Winter was real back in the 1960s, not like the semi-snow storms we have now. One New Years, it snowed so much and was so windy that a fellow driving home from the New Years Firemans Brawl (everyone referred to it as such) got stuck in a snow drift just above our house, walked through two feet of snow down to Sennebec Lake, up the frozen river, and came to in his bed the next morning without remembering any of it. We also had great skating parties, a mile oval plowed on the lake, beer bottles in snowbanks, and tire fires to warm up by when we got too cold to skate.

I have a story germinating in my brain about a man with terminal cancer. His pain is agonizing, but he can’t die until he travels back to his past several times to undo all the unkind and cruel things he did over the years. The most interesting part of it is him having to unsay all the cruel things and experience each word flying down his throat.

If I could go back to advise my younger self, there are several lessons I’d attempt to impart.

1-Get out of your head and pay more attention to others.

2-Learn to see how other kids deal with life and have some compassion for the ones who are more messed up than you are.

3-Save all your random thoughts because they’ll mage great stories when you start writing.

4-Don’t stick your baseball cards in the spokes of your bike, preserve then because at least one will be worth big bucks later on. Take good care of all those comic books.

5-Take a careful look at your parents and find a way to an AA meeting as soon as possible.

6-(and this is a fairly recent realization). Skip college and join the Coast Guard, do your twenty and then figure out what you want to do when you grow up. 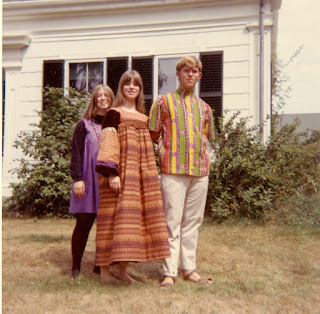 (What one year of college did to me)