What's in a name?

When we were searching for titles for my debut novel, Tell Me a Secret (HarperTeen 2010), we probably went through a hundred—no, wait, at least two hundred—titles before we hit on the right one.

It was the eleventh hour: Saturday night at two a.m., and the final title had to go into the catalog on Monday. The best we'd come up with was The Darkest Light, and the design team had no idea what to do with it. They didn't like What Would Xanda Do (would teens know what that meant?). We'd already nixed the working title (Brimstone Soup...too paranomal) and the title it sold under (A Light That Never Goes Out...fantastic Smiths song, but...uh, what?).

I was just falling asleep when I remembered a conversation Miranda and her sister Xanda were having in the first chapter:

"Do you want to know a secret?" I whispered to the sister in the mirror.
"Tell me," she whispered back. "Tell me and I'll tell you one."

I sat up in bed. I gripped my sleeping husband and shook him. "Tell me a secret!" I hissed. "Tell Me a Secret!"

I don't know why I thought it would be easier the second time around. My working title, Street Creed, was great...right? Never mind that it was a little bit difficult to say, and people sometimes thought it was a typo for Street Cred...

Ok, maybe not so much. 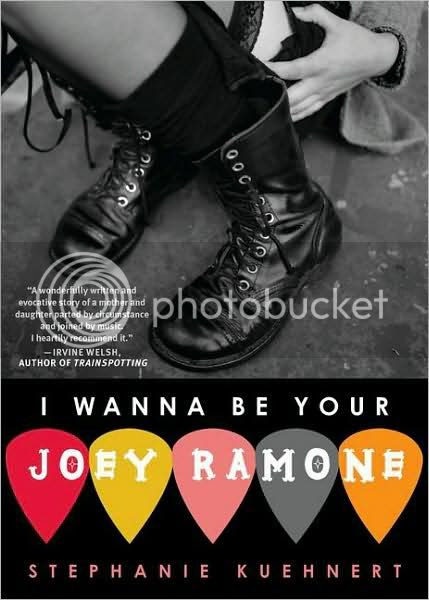 I was lamenting (read: whining hopelessly) to many of my writing friends. [Note to friends...thanks, I love you!]

Stephanie Kuehnert and I were having a writing heart-to-heart, and she kindly commiserated by telling me about an early title of I Wanna Be Your Joey Ramone...involving Sid Vicious.

"But wait," she'd protested. "This is about American punk, not British." They eventually hit on the title, a song by Sleater Kinney. Yes. Exactly.

When I finally thought of the title for novel #2, I almost missed it. Too close to Tell Me a Secret, I thought dismally. People will think I just spent two years writing the same book. Then a wise friend pointed out writers like Ellen Hopkins, Courtney Summers. Their titles go together. Kinda like mine. Even crazier, the working title of the novel I just started will fit right in.

So what is it? First, I'll give you a teaser for the book:

From asthma, which has nearly claimed her life. From her parents, who will do anything to keep that from happening. From delectably dangerous Asher, who is smothering her from the inside out.

Joy can take his words—tender words, cruel words—until the night they go too far.

Now, Joy will leave everything behind to find the one who has offered his help, a homeless boy called Creed. She will become someone else. She will learn to survive. She will breathe…if only she can get to Creed before it’s too late.

Set against the gritty backdrop of Seattle’s streets and a cast of characters with secrets of their own, Holly Cupala’s powerful new novel explores the subtleties of abuse, the meaning of love, and how far a girl will go to discover her own strength.

I'm not really sure who thought of the title of this motley group of YA authors writing Outside the Lines, but I think it suits us perfectly. We are "pushing the boundaries and writing from the heart." We write about passion and heartbreak, every one having a unique voice. Who knows what we might do together? I'm thankful for all of you who have decided to find out, and I'm grateful to be a part of it.

Speaking of Stephanie, she's featured in this video I made of author friends telling secrets (you won't believe her secret, people). Enjoy!

Email ThisBlogThis!Share to TwitterShare to FacebookShare to Pinterest
Labels: Don't Breathe a Word, Holly Cupala, I Wanna Be Your Joey Ramone, November 2010, Stephanie Kuehnert, Tell Me a Secret