Stretching boundaries (and muscles and ligaments, too)

First things first: there will be no April Foolin' in this post. I actually loathe April Fool's. While I have a healthy sense of humor and a deep-seated appreciation for the absurdities of life, I was far too literal-minded a kid to really get into April Fool's. I took everything too seriously, so subsequently, fell for too many jokes. But that's my hang-up. If you enjoy the day, rock on and have an awesome time.

Previously, I've talked about stretching personal boundaries in my writing. I'm continuing to do so with the new projects I'm working on, a YA and an adult story that take me pretty far beyond anything I've done before. (Starting with the writing in 3rd Person POV-- haven't done that in at least ten years, but maybe that's a post for another day.)

But lately, in order to refill the creative well, I've been trying to get out in the world and try new things. I've taken up photography: 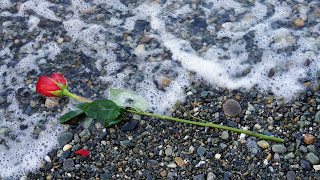 I find it soothing-- and I also liken it to writing, seeing images and being able to capture them in a way that's unique to my particular vision. Ten people can take photographs of the same thing and each photograph will come out different and unique. I find that fascinating, getting that opportunity to view the world through the lens of other people's visions and experiences.

The other thing I've recently taken up is (wait for it...) ballroom dancing.

I've always wanted to learn how to dance, I mean, really dance--I've often felt like the only Cuban woman on the planet who didn't inherit the automatic, "I can get out on the floor and get down gene, while my mother and father were those people. The ones who commanded the entire floor's attention. You know how depressing that was? And the older I got, the more self-conscious I got. I rarely got out on a dance floor-- I'm not one of those people who can just cut loose on the floor and not care what I look like. Mostly because I have such deeply ingrained memories of how good my parents looked on the floor.

But finally (and after writing a book where I had a dancer as a main character), I gathered up my nerve and decided to take on the challenge of learning how to dance. To my never ending surprise, I apparently have at least some aptitude for it. At least, according to my teacher. I think it's because there's something about the form and structure of ballroom that I find both appealing and soothing. It's a lot like writing actually. There are multiple types of dances (akin to genres) and in each, you begin by learning the basics and the better you get, the more you can do and ultimately, have the freedom to improvise.

Actually, given that my instructor has already managed to talk me into performing... publicly (sort of like your book being out there for everyone to read and judge), I'm going to go with nuts. Because seriously? I did mention that I've only been taking lessons for a month, right? 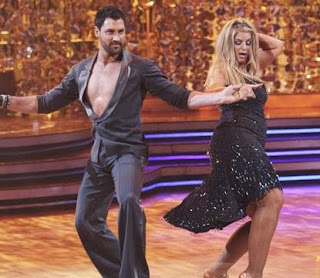 Posted by Barbara Caridad Ferrer at 11:22 AM