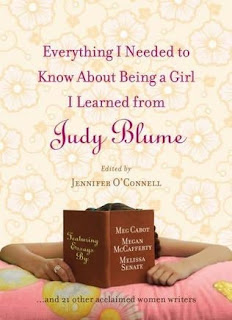 What do you think? Are writer’s expected to provide a moral compass or teach “acceptable” lessons to readers? How do you see your role as an author?
Email Post
Labels: censorship Jenny O'Connell Judy Blume writing from the heart