THE NOT-SO-GENTLE SIDE OF SPRING by Wendy Delsol 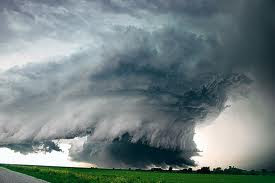 I adore spring. Always have.

I practically puddled for it as a child growing up in Michigan. During my twenty-year stint in Los Angeles, I awaited the springtime explosion of jacarandas, wisterias, and the citrus-bearing trees. And now, six years into our Iowa residence, I greet the vernal equinox with something approaching a religious experience. (No. I’m not Wiccan. Just a big, wintertime whimp.)

But the weather throughout the Midwest this weekend was a reminder that renewal or rebirth isn’t always kind or gentle. Seventy-five tornadoes hit the Great Plains states. Six deaths in Oklahoma were attributed to the storm. There are many in Kansas, Nebraska and Iowa who lost everything in the mere minutes it took for the twisters to rip through their community.

It’s a reminder to those of us who seek to represent life via art that change and growth, at times, have their dark sides. And that so quickly everything can be altered. Irrevocably altered. It stands to reason, then, that forces of nature are a pervasive symbol in literature.

Those who have read the first two books in my STORK trilogy know that weather is an important theme in the series. Indeed, Jack Frost, of folk-tale legend, and Hans Christian Andersen’s Snow Queen are borrowed imagery. The final book, FLOCK (releasing September 12th), also uses mythology to personify forces of destruction.

Anyone interested in such themes has much to draw on. There are countless legends that personified or deified the natural world:

The Greeks held that an angry Poseidon would jab the ocean floor with his trident, causing earthquakes and tsunamis.

Many native Hawaiians believed the legend of Pele, the Goddess of Volcanoes. Her fiery temper produced lava flows, and past lovers were trapped in rock pillars of the volcanic fields.

It’s interesting to think that, despite our advances in science, we still assign female names to hurricanes. Winter will always be an old man. And I bet kids still say that God is bowling during a thunderstorm? Or moving the furniture?

I have a personal fascination with lightning strikes. Two books that come to mind with this theme are Alice Hoffman’s THE ICE QUEEN and Meg Cabot’s 1-800-WHERE-R-YOU? books. As well as the movies “Powder” and “Phenomenon” (with John Travolta). Does anyone have a similar interest?

My heart goes out to those impacted by the weekend’s storms. It’s a reminder of the power of such things. And our attempts to impart some kind of order or control by embodying the abstract in an acceptable and identifiable cultural motif. Stay safe.