Because I know you'll judge the book by its cover 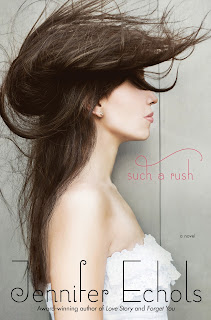 A 2008 article in Print, a magazine about graphic design, discussed publishers of old YA books designing new covers to make those books seem fresh and to lengthen their shelf life. Marc Aronson is quoted as saying of the physical book, “It’s a style—it’s saying, ‘We are exactly who you are. This is the world you’ll feel comfortable with. Nothing about this book is going to make you feel awkward to carry it and wear it. It’s as sleek and cool and as with-it as you are.’” 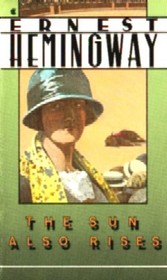 As a reader, I agree that a beautiful cover makes me love a book more. But I think there’s something else going on too. The cover needs to “match” what’s going on in the story. If a hip cover says of the publisher, “We are exactly who you are,” a cover that correctly depicts the mood, action, and characters in the story says, “We actually read this book. We love it as much as you do. We are not trying to pull anything over on you. We care what you think.”

My favorite Hemingway novel is The Sun Also Rises, which I first read when I was 19. I remember how thrilled I was that it was nothing like The Old Man in the Sea, which I had read in high school and found depressing. And I remember puzzling over the cover. Why is Brett wearing a hat? In the book, much is made of the fact that she walks around Spain without her head covered, which was Not Done in the 1920s, when the book is set. Did the artist read the book? I cared so deeply about this book--and the publisher didn’t??? Come on, now, Scribner’s! I was so upset that I actually turned these obsessive thoughts into a Magritte-like painting that still hangs in my den. 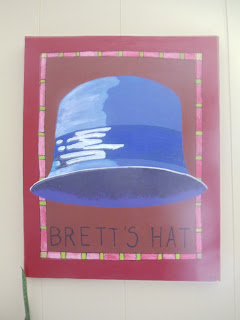 My ninth YA novel, Such a Rush, will be published on July 10. Of my nine novels with eleven covers, there have been two I asked for redesigns on (and was a little astonished that my requests were granted). For three, I have asked for a change to the characters on the cover so they look more like the characters in the book. That wish has been granted once and turned down twice. Both of the latter times--including Such a Rush--I revised the book to match the cover. My book heroine has wildly curly hair--and when I wrote it, I didn’t even know about Brave! My cover heroine does not have curly hair. My revised book heroine is in possession of a flat-iron.

Scandal, you say. I allowed marketing to tamper with my artistic vision! Further, if the book survives long enough for a cover redesign, that cover might be different, or it might depict the heroine as she originally looked, or not at all, and my editorial changes will have been for nothing. Yeah, okay. I changed the book anyway. In selling and revising my very first book, I learned that getting a novel published is a collaborative process. My artistic vision made it into the book, but so did my critique partners’, my agent’s, my editor’s, and my readers’. When you buy a book, especially a hardcover, you want every bit of it to be thoroughly thought out and carefully presented. So do I.
Posted by Jennifer Echols at 8:00 AM