This month we're talking about independence and it occurred to me that I gain independence as I travel through the journey of writing a novel. When I start the writing process, I freely admit that I'm entangled with my characters and my concept. It's not very clear which threads belong to my "make-believe people" and which belong to me in real life. 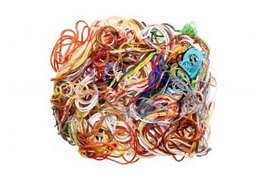 If I'm honest it feels like a bit of a mess. It also scares me because I can't really hear my characters talking to me. I get nervous that I'm writing my story instead of THEIR story. And the whole thing feels a bit like trying to breath underwater. I wonder if I'll ever sort out what feels like a giant knot.

But one has to have a bit of patience to write a book or to be independent. Of course there is an exception to every rule, in life and in publishing--independence can be unwillingly thrust upon you. And of course you can survive it, but I believe that when you have a choice, it's best to take your time, unknot your threads and give yourself time to breath because often my best ideas come to me in the spaces in-between. One of the things I heard most often as a teen--who desperately wanted to grow up--was to slow down. Don't rush--you NEVER get this back again. I kind of think this applies to works of artistry too. Publishing IS a business, but that doesn't mean that writing is not longer art.

For me the process of become independent sometimes takes a third of the way or more through the manuscript. Ironically these feeling starts to come at the point that I actually begin to collaborate with my characters on the writing. LOL!  It's when they've become real enough to me that they start to tell their own story and they simply entrust me with their threads. It's a beautiful feeling and it usually leads to an outcome that is far different than where I first began...

And very worth the time and effort it took me to get there.

How do you find your independence from your characters and your story? Have you ever read a book that felt like the author hadn't stepped far enough away from the work? Or have you read one where they went too far? What's your process?