When I was in school, we sometimes had time set aside for what they called “independent reading.” As I recall, this was reading on our own. What we wanted. Not dictated by the teacher or anyone else. As far as I'm concerned, this was one of the best ideas they ever had.

I became a reader because I was allowed—no, encouraged—at an early age to read what I wanted. My reading was rarely censored; my parents didn’t read the same books I did, and unless my grandmother—a big reader herself—was familiar with a book and told my mother it was too old for me, I had free rein.

(Because of a talk my grandmother had with my mother, I was told to wait until I was sixteen to continue Sophie’s Choice, which my grandmother was shocked to find me reading. At sixteen, with one of my first paychecks from my new job, I stopped in at a mall bookstore and bought my own copy of Sophie’s Choice. My mother’s expression when I brought it home said plainly, “I didn’t think sixteen would come so soon.” But it’s a phenomenal book.) 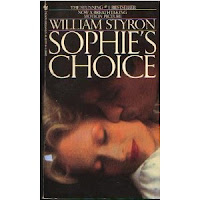 As an "independent reader," I approached libraries and bookstores and the Scholastic book club with the same enthusiasm I brought to the candy store. I spent my own allowance money on books. Although I’m glad that school pushed me to read a few things I would otherwise not have read, I have to say that if my only exposure to books had been through school, then I would not have become the voracious reader—and probably not the writer—that I am today.

Reading for school was drudgery, a chore. Even though I loved reading enough that the back of a cereal box could enrapture me, there were some books that were more duty than pleasure to plow through. And let’s face it: once we’re beyond the regimentation of school, we generally won’t keep reading unless there’s some pleasure in it.

The world of written material is so vast and varied that there’s something for everyone. Very few stories appeal to everyone, and this is where choice comes in. I have heard from many formerly-reluctant readers that the key for them was finding a “gateway” book, a story that spoke to them on such a visceral, personal level that it sent them looking for similar stories. They didn’t realize, until then, how magical a book could be. Readers need the freedom to find that magic.
Email Post
Labels: Independence Jennifer R. Hubbard reading