The End by Jody Casella


Okay, it was my suggestion that we write about New Beginnings this month. But now that I'm sitting down to write about beginnings, I realize that what I really want to write about is Endings.

I have lots of experience with beginnings. But I'm more of a newby when it comes to endings--the kind where you really and truly are finished writing a book.

On my long road to publication I wrote many books. There's always this feeling of anticipation and hope when you start a new manuscript (or pick up an old one with thoughts of revising it) that this time, this one, will be the ONE. The one that works. The one that clicks. The one that crosses over and catches an editor's eye. The one that will some day sit on a bookstore shelf.

Here's my usual experience with endings:

1. I write a first draft. When I reach "the end" I have a messy overblown overwritten thing but it is a beautiful perfect thing because it is finished.

2. It's not really finished though. This is where I pick up that overblown mess and read it with intense waves of nausea crashing over me as I realize how much work I still have left to do. I am one of those outline AFTER you write the book kinds of people. So here is where I see what I have (and what I don't have) and attempt to impose some organization. This is not editing, by the way. This is major reworking. For example: I discover that the book really begins on page 100 so I delete everything up to that point. I cut scenes that aren't working. I add scenes that are missing. I pull out unnecessary plot strands, etc. After I do all that, I work it all through to the end.

3. But who am I kidding? This is not really the end either. I've got to read the draft again and see if all those major changes I made add up. Does the book make sense now? Does it flow? Am I still missing essential stuff? Have a kept stuff around that I love but that really doesn't belong anymore? It's time to work on Draft Number Three!

4. My helpful reader friends read it after this stage. They give me advice I don't want to accept or don't believe. I argue with them in my head. I plaster a fake smile on my face and say thanks. Later, I sigh. Damn it. They are right. It's time to work through draft four.

I did this with ten different manuscripts. I wrote the words The End The End The End, mostly for my own amusement and sense of completion than for anything else.

Until a few weeks ago.

My publishing company sent me the Final Pages. This is basically the book printed out all nice and pretty. My job was to read it one final time. My last shot to make changes and to catch mistakes. (And maybe do something about the fact that I'd used the word "clench" 33 times?)

I went In for the last time. When I reached the end, I had a nice moment of YAH HOO I WROTE A BOOK surge of feelings, then I mailed the pages back to my publisher, opened a file on my computer--

and began writing another book. 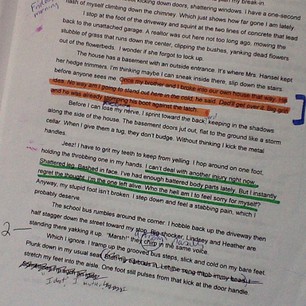 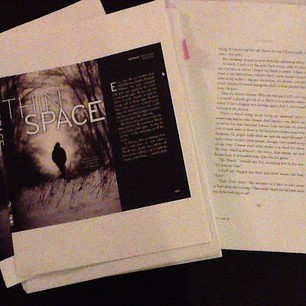 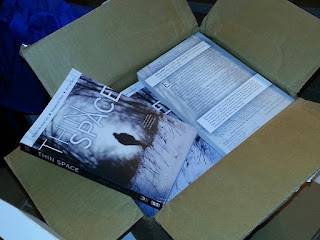