I Hate You, We Break Up, You Call Me, I Love You & Other Tales of Summer Love 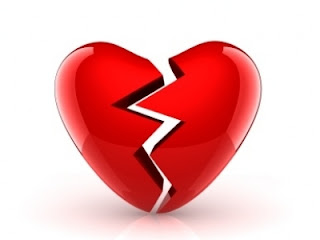 Here is what happens when you meet your true love but are still not even quite 18 years old. You have a brief and fiery relationship during the fall of your freshman year in college. And then you break up in the midst of Chicago winter. The kind of break up during the bleakest of winters that makes you write horrible, angsty poetry and curse his name – even if the break up was mutual, which it basically it was. You slog through the snow—which lasts until May that year--and go out on a series of dates with other boys –two of whom are break up guy’s friends, which you do on purpose to make him crazy, which works pretty well actually. Then you decide that maybe you’ll just cut your hair short and forget about boys and hang with your friends and learn a few things in school and get on with it. Only deep down you sort of know – as does he – that even though you are young and stupid this might have been THE ONE anyway. But then you tell yourself that’s crazy.

And then it’s almost summer. And one of your girlfriends says, “Hey. I think you and _____ would be great together.” Let’s call him Rebound Boy. RB for short. And you think hey. The snow is finally melting. Love of my life and I are—to paraphrase Taylor Swift who was not even born yet when you were 18—never, ever ever getting back together. Why not?

Thus was born my first and only summer romance. RB was fun. He was cute. He was, honestly, a good kisser. He was tall. He was athletic. He was also a serious pothead. But whatever. It was summer. He was my rebound. It’s not like I was planning on having serious conversations with him, right?

Not so right. Turns out, I LIKE having serious conversations. The thing that eventually got me and true love back together was that even when we hated each other, we liked talking about… everything. We still do. Yup, he actually was the one.  But that was later. The summer between freshman and sophomore year of college, I spent every waking moment that I wasn’t working my crap minimum wage jobs with RB. I discovered tequila. Possibly it made us both more interesting to each other. Possibly just drunk.

Somehow, we decided to carry this relationship into the fall. We made it until – yup—February. Let me interject here that if you have never lived through a Chicago winter, you should do it some day and get back to me. Summer romance potheads tend to look less appealing while you’re trudging through the drifts. I won’t lie to you – he initiated the inevitable break up. On the phone.

If you’ve read my first series – DREAMING ANASTASIA—I work all this out with Tess and her on again off again boyfriend Neal. Who eventually she dumps—and rightfully so because Neal is a jerk— because she falls in love with Ben after Ben realizes that Anne will never love anyone but Ethan. It takes Anne a while to realize who she belongs with. And Ben is a good guy. Tess is smart that way.

Way smarter than me!