It was fall 1994, and somehow I was back where I started.

In the five years since college, I'd moved to Los Angeles and gotten a job, a boyfriend, an apartment...life with all the trimmings. Now I was home in New York. In my parents' house. Sleeping in my old room, in my old bed, on my old floral periwinkle Laura Ashley sheets. Even though it was just a self-inflicted four-month break so I could recover from a lingering Crohn's Disease flare-up and spend some intensive time writing, it actually was as depressing as it sounds.

My parents were driving me crazy and I kept running into people from high school, and I had a lot of Questions About My Life. Where I'd been, where I should go from there. Who I was. What I loved, and how I loved it. What I'd learned. What kind of stories I should be writing, and for whom. I had to keep reminding myself that I was 26, not 16. 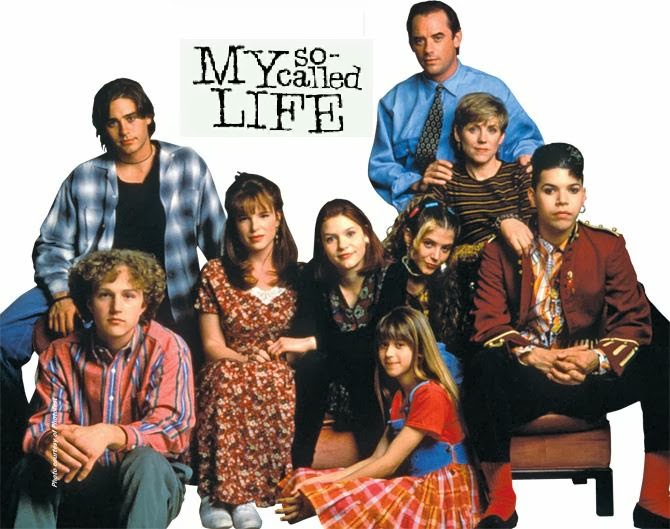 Rather than word-fumble about why I still adore this show, how it hooked and moved me, I'll just share a handful of moments: 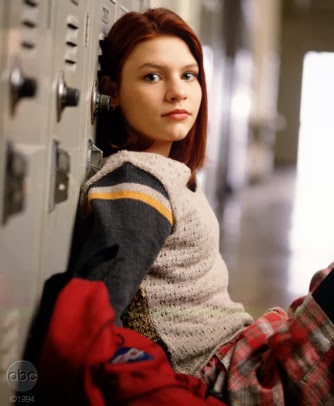 "School is a battlefield for your heart. So when Rayanne Graff told me my hair was holding me back, I had to listen. 'Cause she wasn't just talking about my hair. She was talking about my life."
-- Angela

"My dad and I used to be pretty tight. The sad truth is, my breasts have come between us."
-- Angela

"Seeing a teacher's actual lunch is, like, so depressing. Not to mention, her bra strap."
-- Angela

"It's amazing the things you notice. Like the corner of his collar that was coming undone, like he was from a poor family and couldn't afford new shirts. That's all I could see. The whole world was that unravelled piece of fabric. It's such a lie that you should do what's in your heart. If we all did what was in our hearts, the world would come to a halt."
-- Angela, on Jordan

"Sometimes it seems like we're all living in some kind of prison, and the crime is how much we all hate ourselves. It's good to get really dressed up once in a while and admit the truth -- that when you really look closely, people are so strange and so complicated that they're actually beautiful. Possibly even me."
-- Angela

"Sometimes someone says something really small, and it just fits into this empty place in your heart."
-- Angela

Rayanne: "You wanna have sex with him."
Angela: "Who?"
Rayanne: "Who? Jordan. Catalano. Come on, I'm not gonna tell anyone. Just admit it."
Angela: "I just like how he's always leaning. Against stuff. He leans great. Well, either sex or a conversation. Ideally, both."

"My So-Called Life" showed the hovering-precariously-between-new-adulthood-and-real-adulthood me that we never stop coming of age. That sometimes, the more realistic a piece of art is, the more it captures our imagination. That the big issues of the teen years -- like identity and love -- are the big issues of life at any age. And that writing in a "young" and "authentic" voice can be gorgeous and powerful and strike you to your core.

Not long after the show went off the air -- a cancellation that should go down as one of the biggest TV tragedies ever, in my opinion -- I started writing teen protagonists. I stopped with the pretentious slick bullshit I'd been spinning and began writing from my still-confused, painfully evolving heart. Needless to say, I'm happy about where that's brought me.

And the book I'm writing now? The one about the girl with the obsessive crush and how that crush eventually leads to something real? It has no relation to Angela and Jordan. None. Zilch. Zippo. 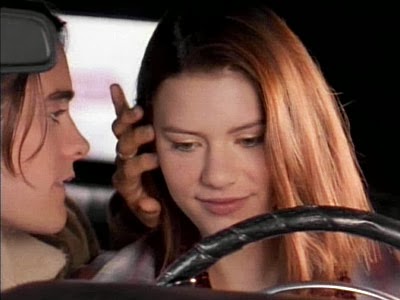 (He really did lean so freaking great.) 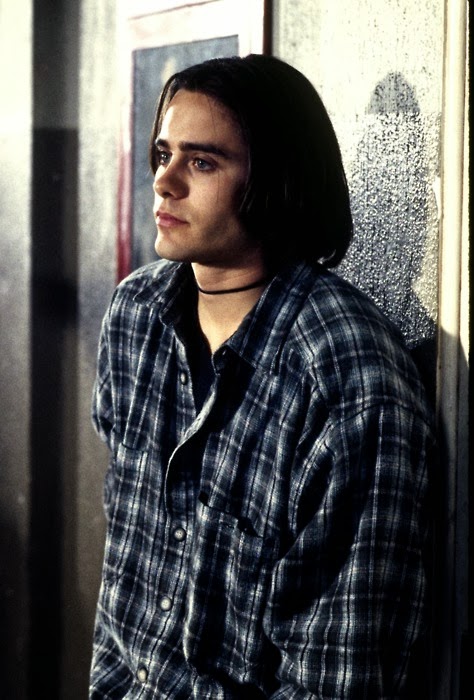 Posted by Jennifer Castle at 12:57 PM