Sing me a song (Patty Blount)

Hi and Happy New Year to all! 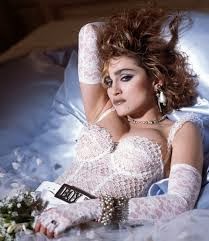 This month's blog topic is intriguing. Media and art, how it influenced us when we were young and how it influences us today. I laughed at the first thought that entered my head when I read this topic... I grew up in the '80's, when MTV was new. Music had become, for the first time outside of a concert hall, a visual medium and fourteen-year-old me did her best to emulate those images. When Madonna hit the scene, I rushed to find fingerless lace gloves and religious jewelery. I had Capezios, leg warmers, and over-sized sweatshirts during the Flashdance craze. I wore headbands around my forehead, plastic earrings, way too much pink and gray, even a glitter glove. My hair was high and heavily sprayed, my makeup heavy on the inner eye liner (remember rimming the inside of your lids?) 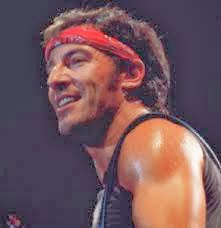 This was all the influence of music videos.

Want to hear something kind of sad? I can't remember the last time I saw a music video. In fact, today, I'm not a real pop music fan -- my tastes these days lean to classic and hard rock. I haven't heard Miley's Wrecking Ball song because the radio stations I now prefer don't play her music.

But music is nevertheless a medium that continues to influence me. From a child of the '80's to a woman in her late forties, my musical interests have certainly run the gamut. New Wave synthetic beats like She Blinded Me With Science (one of my favorites), classic rock (Zeppelin, Metallica), folk rock (Bob Seeger), country (Zac Brown Band's Toes), Neil Diamond and hard rock like Thousand Foot Krutch, Egypt Central, Avenged Sevenfold, Drowning Pool, Sixx: A.M., Stone Sour, and the like -- all of it continues to influence me in some way. I'm working on a YA paranormal series and the titles for all three books (The Sky Was Scarlet, The Ashes Smolder, The Fire Inside) came from Bob Seeger songs. When I was working on SEND, main character Dan Ellison adored a Stone Sour song called Zzyxx Rd that became my favorite after listening to it so often while I wrote one of Dan's most emotional scenes. After I finished the book, Shinedown released a song called Bully that's since become a favorite of mine, which makes me smile. That's a clear example of my art influencing my choices in music, I suppose!

My days of dressing up like my favorite singers are long gone... but that doesn't mean musicans have stopped influencing me. I'm not a Beyonce fan but one particular song speaks to me: If I Were A Boy. I'm also not a Billy Joel fan but the remake of his We Didn't Start the Fire has turned me into more of activist than I was when the song originally debuted.

Influence is a funny thing. It's transient and tenuous...even when you're not consciously paying attention to the culture around you, it's there, whispering in your ear and infusing your opinions. Sometimes, music I dislike impacts my work, too. I'll even consciously listen to such music to put me in an some sort of a negative mood (angry, jealous, anxious) so I can write a scene that taps into those emotions. For me, that's rap -- sorry to fans but I despise rap music. I listened to a lot of it while I wrote SOME BOYS, a story about rape and rape culture, (coming August, 2014) to intentionally piss me off so I could dig deep enoug to write my protaganist's 'fight-back' scenes.

What music influences you? Do you create playlists for your work?
Posted by Patty Blount at 12:00 AM