Pow! Right in the kisser! How martial arts have helped me a better writer 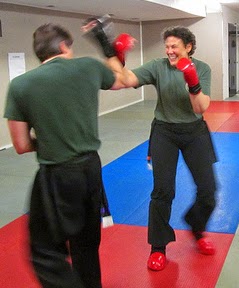 I have been doing martial arts for close to five years now.  First it was kajukenbo and then for the last two and a half years, kung fu.

I love martial arts, an idea that would probably really surprise anyone I went to high school with, where PE was the only class where I ever got a C. My gateway drug was a kickboxing class, where I found out I love hitting things as hard as I can. The teacher was also a kajukenbo instructor, and I ended up taking kajukenbo for about 18 months. I had an orange belt and was training for purple. My sifu even helped me figure out what moves my character could do in various situations in The Girl Who Was Supposed to Die.

When he stopped teaching, I started taking kung fu at the Westside Academy of Martial Arts (which also offers cross training, so our sifu often throws some in at the end of a session). I love sparring, learning techniques like the spinning back fist, and going up against guys who are a half-foot taller than me. I'm even getting better at grappling. I hold an orange belt and hope to test for purple soon.

Martial arts have helped me be a better writer (after all, mysteries and thrillers often contain an element of violence), as well as a stronger and more prepared person. 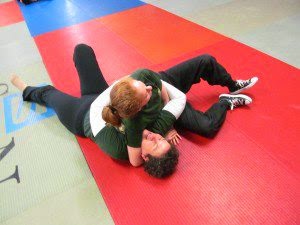 We often deal with threats, even physical ones, with social behaviors. We ignore the people who make them or try to appease them. We deprecate ourselves. We try to ally ourselves with the person who made the threat by telling them that we are really on their side.

But you know what? These skills won’t work on most predators. They won’t work on the person who sees your purse or phone as something they must have – and sees you as about as valuable as the packaging they originally came in. They especially won’t work on a predator who only wants to take you to someplace private so they can hurt, rape or kill you. 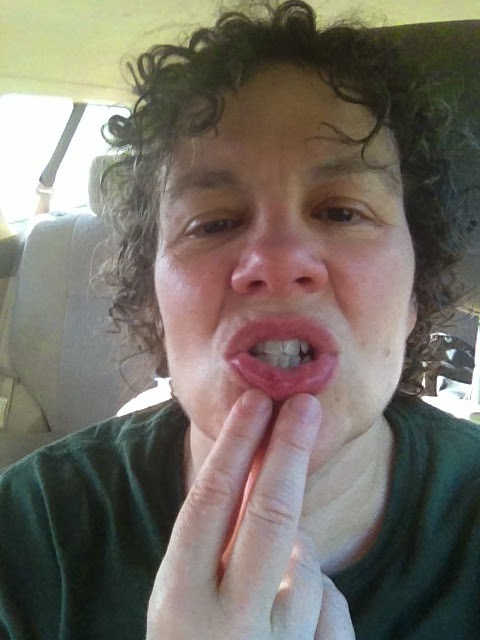 Sparring and grappling have taught me what it feels like to get hurt or simply experience the surprise of having someone attack you. Getting hit in the face or even having your hair pulled is shocking. In our culture, even close friends don’t touch our faces. Once you’re no longer a little child, no one even pats you on the head. Knowing a little something about surprise, pain and fighting back helps me write about them.

I can write authoritatively about fear, about how things blur, about the way people move and hold their bodies and eyes and mouths. I can tell when someone is about to hit me and where. The eyes focus, the breath catches and the shoulder drops or the hand goes back.

I also know how to hurt people – and that means my characters might be able to do it too.

A future book idea?
In a weird twist, a man who was looking for girls and woman to abduct was killed by police right outside my kung fu school a few months ago (you can even see my car in the top picture). He had already kidnapped a teenager from Paradise Tan.  She was only able to escape by jumping from his moving van while still bound with duct tape.  I am thinking there might be a book in there someplace.  Like what if he had taken a girl from the school? 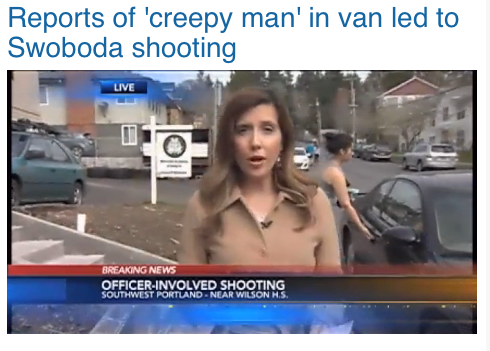