Forward MotionBy Natalie D. Richards
Diversity is a hot topic in the young adult writing world, and for good reason.  Does anyone like the idea of a teen struggling to find a book he or she can identify with?  At school visits, I look out at a sea of young faces.  There’s not much on earth I want more than to find a book for each one of those teens, one that is relevant and relatable to their unique life experience.

But wanting something is very different than being a part of making it happen, isn’t it?  This new movement for diversity has taught me so much about ways we can all “make it happen.”

I’ve learned that like many other writers, I fell back on the comfortable and “known” in my debut novel, writing the blue-collar to middle-class predominantly white town where I was raised.

I’ve learned that in my opinion, there are many ways to be other, from differences in ethnicity to living with a disability or chronic mental illness.

I’ve learned that it’s not enough to have the strength to write an unfamiliar life experience.  I need the courage to seek out relationships and encounters that will deepen my understanding.

I’ve learned that I messed up in the beginning.

I’ve learned that I’m scared to death of messing it up again.

I’ve learned that being scared proves I’ve still got a long way to walk.

Martin Luther King Jr. once said, “Faith is taking the first step even when you don’t see the full staircase.”  I think I’ll follow his advice, planting one foot in front of the other right up to the edge of the places that scare me.  Because forward progress is the only option I can accept. 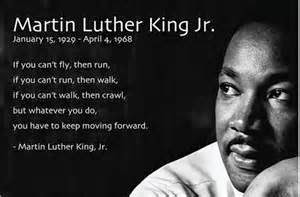