THE ROAD TOWARD DIVERSITY 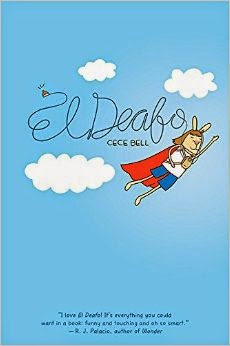 As has been widely observed, #weneeddiversebooks . But what this means, I think, is much broader and more layered than the hashtag may surfacely indicate. (And more complicated, as evidenced by many things, including but not limited to what happened during Daniel Handler’s speech introducing National Book Award Winner Jacqueline Woodson this past November) It’s more complicated than editors and publishers and agents simply saying “We need more books by authors of color and LGBT authors. We need more characters that reflect a wider spectrum.” Although those are good impulses.

The amazing authors and other publishing folks at the amazing http://weneeddiversebooks.org work tirelessly to get the word out, to initiate change, to point out the gaps in the system, to make sure that there are books on shelves that reflect us—ALL of us—regardless of color or creed or sexual orientation.

Because at the end of the day, story telling is about expressing what it means to be a human being on this planet. It is a messy, crazy, glorious, happy, sad, and troublesome business. And my fear sometimes is that when we slap a hashtag on it, we ironically limit our perception of what that means. (not that I don’t think hashtags work. Just that I think sometimes we begin to believe that if we click ‘like’ or ‘favorite’ or retweet, then our job here is done. )

It is not done.

When there is a conversation on Twitter, as there was the other day, that there are some in the publishing world who feel that bi-racial characters aren’t ‘diverse enough,’ then our job is not done.

I worry that just the fact that I belong to a minority religion but am beyond that a white hetero female does not qualify me to even be part of this discussion. But diversity is also about living authentically and writing authentic characters, whatever that may mean for each of us. And let me add that if you’ve ever been screamed at for being a Democrat in a very red state, you do know what it is to be ‘other.’ Likewise if your neighbor says, “Merry Christmas. I mean, happy, um holidays. You know. Whatever it is you celebrate.” You sense they’re trying, but maybe not quite hard enough.

And yet sometimes the part of me that has the privilege of sliding through the world  more easily, of  ‘passing’ as whatever I want to pass as, forgets how privileged that actually is.

Here’s an article from SLJ, that everyone should read: http://www.slj.com/2013/09/teens-ya/embracing-diversity-in-ya-lit/#_

It points out what I had long-noticed as not just an author but also as a high school English teacher: That what we need, for example, is not just characters of color undergoing extraordinary/historical events, but characters of color experiencing every day events, as happens in Crystal Allen’s brilliant MG novel HOW LAMAR’S BAD PRANK WON HIM A BUBBA-SIZED TROPHY.

Because if we don’t publish those stories, the subliminal message is that differences in race or religion or sexual orientation are something ‘other,’ something to be ‘overcome.’  When I was teaching, I would observe at an English department meeting that if, for example, the only Jewish person we present to students in required reading is Anne Frank, then the subliminal message is that being Jewish is being presented as ‘other’ and maybe we ought to also find a book where it’s just a part of the kid’s identity but not really part of the conflict. Likewise for To Kill a Mockingbird, which while one of my favorite books, should not be the only story of persons of color that we place in the curriculum.

This SLJ article by Mitali Perkins touches on this issue quite thoughtfully. Note particularly, when you read, what she has to say about which characters in a novel effect change. About how beauty is described. And all the rest of it.

Have you read EL DEAFO by Cece Bell yet? Do it!
Have you read ABBY SPENCER GOES TO by Varsha Bajaj yet? Do it!
Put NONE OF THE ABOVE by I.W. Gregorio on your must read list when it arrives this spring.
And MORE HAPPY THAN NOT by debut Adam Silvera
Find a copy of the awesome Lauren Bjorkman's MY INVENTED LIFE

Tip of the iceberg.

There’s so much more to talk about than can be discussed in this one post. The “celebrity-izing” of male authors over female. The flurry of articles when the Fault in Our Stars movie came out, essentially giving John Green (whose work I adore) single-handed credit for ‘re-inventing’ contemporary YA. Yes, I know that was part of needed publicity hype. But even so.

Your thoughts? Let me know what you think.