I know from the anecdotal evidence offered up by social media posts that I'm in the minority on this, but I love Christmastime and am quite happy with the Christmas season beginning on November first. Sometimes I feel like the only person in the world who loves to hear a Christmas song playing in a store the day after Halloween, but I'm sure there must be more of us.

The second problem with Thanksgiving is that the story behind the holiday is, like much of this country's history, a whitewashed, rewritten version of what actually happened. European exploration and colonization of the Americas decimated the population of the region. Most of this decimation was completely inadvertent as European diseases wiped out a population that lacked the proper antibodies. Some of this decimation was deliberate with the European settlers maliciously gifting the locals with smallpox infected blankets or, in countless other cases, resorting to more violent means to murder the so-called Indians.

If, you're looking for a fascinating history book to properly get you in the Thanksgiving spirit, I suggest 1491 by Charles C. Mann. 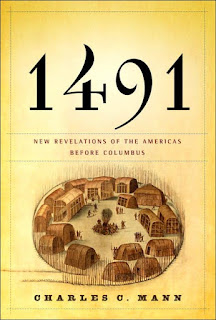 So, anyway this glorious image we have of Pilgrims and Native Americans does sort of gloss over the fact that the Pilgrims were a bunch of religious extremists who invaded another country and were participants in one of the largest genocides in history.

I am a vegetarian for moral reasons. If you want to undersatnd why I don't consume dead animals, read Jeffrey Moussaieff Mason's The Pig Who Sang to the Moon: The Emotional World of Farm Animals. 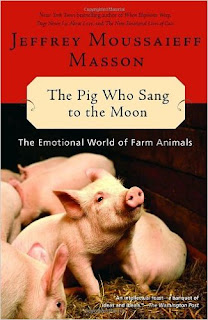 This book convinced me to stop eating meat.

A lot of people in my life are carnivores, and I love them dearly, and I'm not the sort of vegetarian who reminds them how many animals had to suffer for the meals they consume. I don't wear a Tofu Saves Lives T-shirt to Thanksgiving dinner. 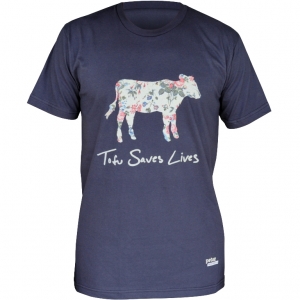 Still, I wish the holiday didn't revolve around the consumption of a dead animal. Ironically, Thanksgiving is a holiday that's filled with suitably delicious vegetarian food (except sweet potatoes - ugh, grossest vegetable ever!) thanks to it all being about celebrating the bountiful harvest, and harvests, as a rule, tend to be pretty vegetarian. But then there's the whole turkey element that fits with the rest of the holiday about as well as Thanksgiving fits in the calendar between Halloween and Christmas.

In closing I'll leave you with one more book recommendation. This one's suitable for all ages. 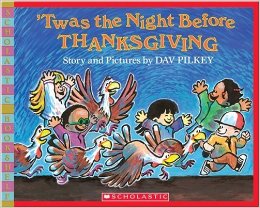 'Twas the Night Before Thanksgiving by Dav Pilkey  is a Thanksgiving picture book that even a vegetarian can appreciate, though, parents be warned, your kids may ask to skip the turkey this year after reading this tale, which is just fine by me.