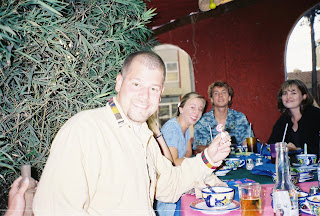 You never know the value of words until you can't use 'em. I took three years of Spanish in high school, but didn't pay a lick of attention. I'd never use that stuff.

Ten years later I was standing in a Mexican hardware store, desperately wishing I knew how to say 'toilet plunger' in Spanish.

I lived in Mexico from 1998-2001, teaching English to kindergartners. And while my students could generally figure out what I was trying to say, it was when dealing with adults that I had the most difficult time communicating. Even when I mastered the basics of conversational Spanish, problems would arise. Here are some of the best mistranslations by myself, and my American/Canadian colleagues.

I can't find (street name) = I want to buy a screwdriver.

Of course, it worked in reverse. EFL kids would often write such gems as Who cut the cheese in here?  or  I beat my meat and it is good.

Recently, my latest book, THE IMPROBABLE THEORY OF ANA AND ZAK, was released in Spanish. 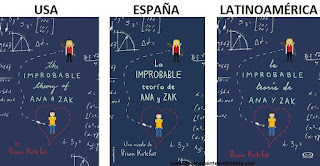 Yes, the version for Spain is different than the Latin American edition. But it brings me great pleasure to get letters from readers in South America. I'd love to visit my publisher in Argentina one day and tell him Mi tio esta enfermo, pero la calle es verde.