I grew up expecting stuff to happen on April 1st. My Dad came alive on that day of fools. He was a bear crawling out of his den--ready to stretch his funny bone. The one prank I remember the most, was the year I found my little brother crying into his Lucky Charms before school. My Dad had told him Reggie Jackson had been traded from the Yankees. I am certain that besides being devastated, it was the moment that turned my brother to a life of April Fools crime--Yankee related crime. Although I'm also pretty sure that nurture didn't play the only role. Genetics must have weighed in also. The combination turned him into the Yankee Fool. 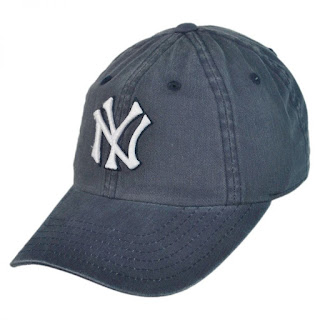 When my Dad had passed away--the original Yankee Fool (and ironically a Mets fan) I didn't figure the madness would stop--the genetics being what they were. But it did feel as if the April Fools shenanigans might not be focused on me. After all--I did live in a different house and my brother had been trying to get away from me for most of his life. I felt sort of safe. And I was correct...

The attention became focused on my Mom.

There was the year my brother convinced her that their season tickets to the Yanks had been stolen out of the mail box and they couldn't get a refund.

And then their was the year he told her he won tickets to opening day at the brand new stadium.  P.S. She'd been scheduled for months to baby sit for me while I was at a writing conference and she cancelled last minute to go to the game!!!! (Can't say I was bummed to watch that one go bad.)

There was also the year where my brother snuck into her house and hid part of her Cable Box/DVR on Yankees Opening Day. I'm pretty sure the customer service rep is still traumatized.

And then the best was when she was at work and my brother moved her car and she couldn't find it. And I'm convinced it still counts as a Yankee Fool attack--after all she does have a Yankees decal on the vehicle. And if you need more, she was probably going home to watch a game.

This year she barricaded herself in her home and took no calls. Some people are just paranoid.

Now, I'm sure you're all wondering how this effects me. You weren't? Well, you should. Yankee Fool Syndrome is (if you recall my earlier statement) genetic as well as learned behavior. And now I'm the owner of three Yankee Fools in Training. While my boys originally approached this Yankee Fool apprenticeship with a laser focus towards my mother, they are starting to get cocky. They are beginning to expand their focus outside of the Yankees and they are looking at me.

Time to give a fool some help folks. They are talking about Saran wrapping my toilet next year and it would be a shame for one or all of my kids to have to die. So, I beg you kind readers--help me keep the Yankee Fools alive. Tell me some of your best April 1st Tom Foolery so I can be prepared. I need your best jokes as well as your best anti-fool tips, because if I can't avoid them--I need to scare the pants off of them--so they never fool with me again.