All this month, on the YAOTL Blog, we are writing about criticism in YA. And I can tell you, I'll be watching these blog posts with interest--this is an area wide open for discussion.

But today I'll be focusing our internal critic, otherwise known as the Crit Squad. 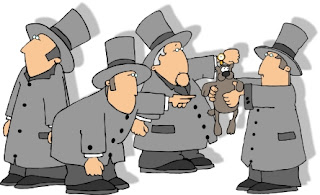 The Crit Squad is made up of the evil twin brothers of those fabulous guys coined by Stephen King, called the Boys in the Basement. Isn't it shocking how some people can be related?

Even though they were born from the same DNA as the the Crit Squad, the Basement Boys are very different. Those fabulous basement guys work within your subconscious mind and mine fabulous ideas from you hidden, inner depths and bring them out into the light. 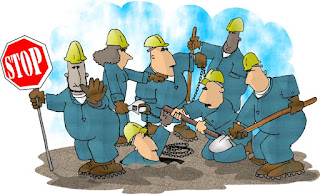 THE BOYS IN THE BASEMENT

The Boys in the Basement--they get the job done! They are hard at work when YOU ARE your own worst critic. You can rely on this team. They know every nook and cranny of your inner self and they do their best to pull your best stuff out of storage so you can use it in your writing.

The Crit Squad? Not so much. They are as stuffy and judgmental as they look. And they sit on your shoulders, whispering into your ears, while feeding on your own worst fears. When you're writing, they are the guys who spin your inner compass just for the fun of seeing where it lands.

Do you have a unique and quirky idea for a book you don't think has ever been done before? The Crit Squad will immediately begin to ask all the most destructive questions. Who's going to read that? What if it's not action packed like The Hunger Games or Divergent? What if it's not commercial enough? What if it's not literary enough? Too much sex? Not enough sex? Will swearing keep it out of classrooms? Issue books are over done, right? What shelf would this be placed on? Isn't that POV over done? Don't agents hate prologues? Doesn't everyone despise love triangles now? It's a great idea--maybe--but wouldn't someone else write it better? Can I do this without an outline? Can I do this with an outline? Wouldn't something else be a better idea?

The Crit Squad can kill a YA book before the Boys in the Basement even get a chance to dig in and get working.

Clearly, the Crit Squad was not helpful, but here's the tricky part. You can never evict the Crit Squad. They have a rent controlled apartment in your head and they are never leaving! So what can you do? You must learn to use them for their designated purpose and work them to your best advantage. They are there to keep you from doing stupid things--really stupid things--like sending out a rough draft of your uncritiqued novel to thirty-four different agents. They are meant to be the brakes when your adrenaline is racing so out of control you can't slow down to grab some common sense. Believe it or not--we need the Crit Squad! But at the right time and in manageable doses.

Unfortunately controlling them isn't so easy. The Crit Squad has an ego and they feed on fear. It whips them into a frenzy. Once they do a few things right, they think they do EVERYTHING right. Hubris much?

But no matter how strong willed the Crit Squar is, it's your job to know when to tune them out. They should NEVER be allowed in the creative phases of your work. Their voices don't belong anywhere near you when your drafting. Your creativity can not survive their criticism. You must pull them out at the RIGHT time and give them your full attention while you have them out. Appreciate what they add to the process and then--while they're preening about their success and they're distracted---admiring themselves in the mirror, shove them back into their sound proof box until you need them again. You must control your inner critic in order to make good art.

How do you picture your inner critic? What methods have you used for keeping the Crit Squad from becoming destructive?