I kind of feel like I'm always racing for the ending. It's become a thing--trying to type "THE END" as quickly as possible. These days, I usually plot every single chapter before I write the first sentence in order to save time. I dictate first drafts in order to reach the end of that draft even quicker. So I can get onto the revision quicker. So that I can reach the end of that project and move on to the next.

But I also don't feel like that's a bad thing. Novels are enormous, ENORMOUS undertakings, and if you're not careful, it becomes incredibly unwieldy. For me, the best way to keep it from being unwieldy is to zip through it as quickly as possible. I feel like writing a book's a lot like jumping rope. There's a rhythm to it. Keep at it every day, it's easy to stay in the rhythm. Take a few days off, and suddenly, the rope's tangled around your ankles and you're tripping and the whole thing's just...a mess.

The one project I kind of meandered through, working as a pantser rather than a plotter, was FOREVER FINLEY, my short story collection. To be honest, I originally intended to release a single short story during the holiday season last year: "Come December." But the response was so overwhelmingly positive, I knew I wanted to continue on with the story.

Continue how, though? Pick up where my main characters left off?

It's a project I've worked on all year long, returning once a month throughout 2016 to pen a new short story installment. Each month, I introduced new characters, caught up with old ones, took the story of the town of Finley in a new way. I savored this one. I looked forward to getting to cross the town limits every single month.

The whole collection is live: I hope you'll all enjoy reading this one as much as I enjoyed writing it.

In the meantime, I off to work on the next big project. Whether I sprint or meander to the next ending remains to be seen. 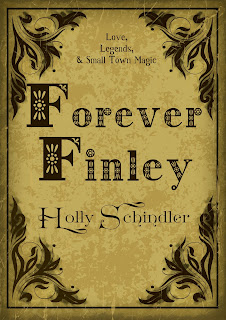