A Suggestion of Power

Before I was published, I took advantage of a Groupon offer to have headshots done for my website, bookcovers, and social media. The deal included 4 images plus make-up for the session.

The photos came out great -- if you follow me online, you've seen the one I use often. Me in a red sweater, holding a copy of my own book.

You see, I'm not a model and I've never worked with a photographer giving me direction before. He'd snap images of me in various poses, telling me to smile, not smile, show teeth, don't show teeth, look up, look down.

The physical directives were easy. But I had some trouble when he said things like "Look proud." "Look successful."

I didn't quite know how those things looked on me.

So after one of the wardrobe changes, we talked. I sat on a stool, he stood beside the camera. He asked me questions about writing, like why I wanted to be an author, or what my books were about. Up until this point, I had only one and that was SEND, which is about a former cyberbully trying to cope with the suicide he caused. The photographer asked me what I hoped the book would accomplish.

I told him straight up that I hoped to God it stopped a kid from making an un-undoable mistake.

Turns out, he was using a remote control to shoot images during that conversation.

This picture was the one snapped at that moment.

I don't know why, exactly, I don't use it. I look frightening in it.

It doesn't look like me, but it is me.

I just thought it was cool because words are a writer's medium. And it was through the power of words that this expression crossed my face. 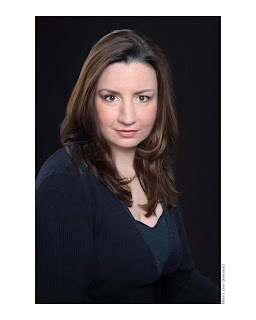