Skip to main content
Labels
Posted by Jody Casella May 16, 2017

Why Can't Life Be Like a Musical? (by Jody Casella)

When I was a kid, I loved musicals.

One of my earliest memories is going with an aunt to see The Sound of Music. And going to see it again, and again. Favorite part: the Von Trapp kids gallivanting around Austria dangling out of trees and tromping through fountains in their play-clothes made out of drapery while singing "Do Re Mi."

Five year old me was obsessed Fiddle on the Roof. I knew all the words to "If I Were a Rich Man," and "Match Maker." I was enamored with the prancing violin player and the men who did that cool Russian kicking dance on their knees while balancing bottles on their heads.

And don't get me started on my love affair with West Side Story. From the very first moment when the rival gangs snap their fingers and do their rumble ballet on the streets of New York, I was glued to my TV. 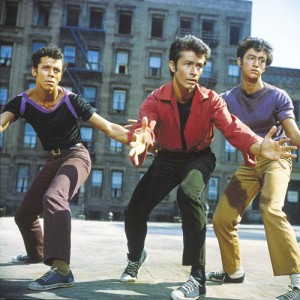 When I was a teenager, I put away my musical soundtrack albums for a while and replaced them with angsty-er fare. Hard rock and heavy metal. My favorite album though, was Pink Floyd's The Wall. Age thirteen, I pretty much lived in my room, splayed out on my bed with the album cover propped in front of me and the songs blasting out of my stereo. (Fun fact: The Wall was made into a musical of sorts-- weird and psychedelic, true-- but with an overarching narrative and characters breaking into song.)

It occurs to me as I write this that all of the musicals I loved had a dark, tragic story at the core. A family fleeing the Nazis in Sound of Music. Vicious Antisemitism in Fiddler on the Roof. Prejudice and violence in West Side Story. Crazed, drug-addicted/conflicted-about-his-mother guy in The Wall.

There was a part of me that understood the darkness of these stories, even at a young age, but what drew me to them in the first place, and what made me continue to watch and listen, was the music.

I wanted to live in a world where perfect strangers burst into song and people in color coordinated costumes danced on rooftops and spun around in meadows.

I still do actually.

A few months ago I went with my daughter to see La La Land. In the very first scene people are stuck in their cars in a traffic jam. In real life that would be the end of the story. A hot day. A boring, irritating commute into the city.

But in this world, strangers open their doors and step out onto the highway. They dance together on the roofs of their cars. They belt out a song that they all know the words to, and that is when the story begins. 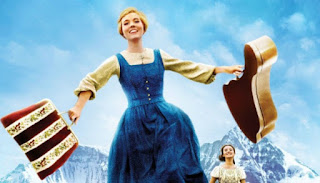