on controversy and avoiding it

This is my first post in a long time. Thank you, Holly, for your patience with me! Part of my absence stemmed from fear of talking about what has been on my mind.

Like a lot of writers, people-watching is a fave activity. Observing. Noticing. Commenting on the actions of others (to myself, of course). Watching someone have an experience can be more fun than the experience itself. But there is also true joy from diving in headfirst. The joy of doing.

The hyphen makes it one word, right?

Here goes. My work-in-progress, Swim with the Sharks, is my most personal project yet, the story of fraternal twins healing generational trauma. This is my two sentence synopsis:

A family trauma that has been long held secret still devastates the Kapaloas. Noe and Kalea, fifteen year-old twins, return to Hawaii to discover mystical talents, resolve a family feud, confront real ghosts, and break the cycle that puts their lives at stake.

A year ago, my editor and my agent gave me feedback on a draft, making suggestions that inspired me to revise. However one thing they said stopped me cold.

I believe, in writing about mixed race characters, native Hawaiian culture, and by using dialogue where characters speak in both Hawaiian and Hawaiian pidgin, you are placing yourself squarely in the crossfire of current controversy.

I agree. In the current environment a publisher won’t touch the manuscript.

These statements shook me up, weighed me down, and kept me from writing for a long time. 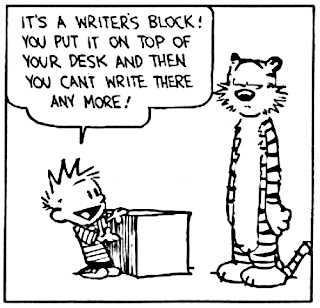 When my first novel, My Invented Life, launched in 2009, my editor told me that half the libraries in the country would not order it due to my lesbian, gay, and bisexual characters. This wasn’t exactly happy information, but not devastating. By then I understood that few writers support themselves by writing novels. I knew about attitudes toward LGBTQ people.

At that time, no one said I put myself in the crossfire of controversy for writing a bisexual, African American character (Jonathan), a lesbian, Latina character (Carmen), a boy attracted to lesbian girls (Nico). My second YA novel, Miss Fortune Cookie, is about a white girl living in SF Chinatown, who wants to be Chinese-American. Again, when it came out, not a peep.

Times have changed since then. Issues that have been simmering below the surface have come to the forefront. I am a white writer with all the advantages that entails. Writers of color haven’t gotten a fair shake from publishers, readers, and other writers. Some white writers exploit cultures, stereotype people, and write racist manuscripts that become best sellers.

I want to be a good ally. Good allies promote their author of color friends. They stay out of the fray themselves. But I’m not sure what that means, exactly.

I asked one of my Asian-American writing colleagues: should I continue or scrap the project?
She asked me back: Is this your story to tell?

I spent a few months thinking about this.

Pidgin is a second language for me. Even after much study, I’m not fluent. It was an easy (though painful) first step to remove the Pidgin from the manuscript.

Except for being crypto-Jewish (thank you Ancestry.com), I’m not mixed race, either. Does that mean I should change my main character from mixed race to white?

Is this my story to tell?
I think so.
But some will disagree.

Though, controversy terrifies me, I hope to engage in civilized discourse on the topic through writing a series of blogs. Hello, 2018!
Email Post