Since this is Valentine's Day, I thought I'd tell you a story about a boy, a girl, and lost love. This story begins in fall of the girl’s freshman year of college, about two weeks into school. The girl and her roommate are walking back to their dorm after a night hanging out at parties on the fraternity quad.
As they walk across the cut, the girl spies three guys sitting on the upper branches of an enormous oak. It’s obvious the boys are all drunk as abbey monks and probably in danger of falling to their death at any moment. As the girls pass under the tree one of the boys yells down, “Hey, do either of you lovely ladies wanna be an honorary member of our new fraternity, I Phelta Thi?” The other boys laugh and repeat the slurred invitation.
The girl can’t help but crack a smile, as her and her roommate keep on walking. She thought the first boy was kinda cute. An ass, obviously, but cute.
A few days later, her roommate says she’s getting ready to go on a date. “With whom?” the girl asks. Her roommate smirks. “Chris, one of the guy’s from the tree. Look, we’re a few weeks into school…why don’t you find someone to date?”
“Oh, I don’t know,” the girl says, “I just broke up with my high school boyfriend over the summer and I’m not really looking for a relationship right now. I just wanna make friends.”
Not one heartbeat later, the I Phelta Thi guy walks into their dorm room. He has to duck under the doorway. The girl’s first thought, God, he’s tall and handsome.
The roommate takes forever to get ready, put on makeup, sit on the phone talking with several other guys. The boy gets annoyed and restless, so he begins to talk to the girl. Over an hour later he finally asks her, “What are you doing tonight?”
“Absolutely nothing,” she replies. So, the boy takes her out that night.
And the next night.
And the next.
Nearly 365 dates later, the boy and the girl move into an apartment together. They live like that for two mostly happy years. Now, it’s the boy’s senior year. He’ll be graduating on time, but the girl changed majors and double majored. His job will take him to Houston. One more year of school will keep her in Pittsburgh.
Worse, the girl begins to notice something that wasn’t there before – a coldness, a distance, his eyes wandering toward other girls. They fight. He’s not ready for commitment. He tells her he’s not ready for the little house with the white picket fence.
What’s he talking about though? She never asked for all of that.
For months, their relationship is tense, strained. They fight some more. The girl is unhappy. The boy is too.
Twice, she almost moves out, but he stops and her bags at the door.
The third time, she does move out.
She moves in with a girlfriend, who patiently listens to her cry for nights on end. The girl was so sure he was the one. How could it have all gone so wrong? How can it be over?
But it is over. The love is lost.
Three weeks pass. The girl doesn’t even run into him. She spies him once from the upper floor of a building, ironically, standing not far from the tree where she first saw him. He’s talking with a mutual friend, which reminds her she left some notebooks in the friend’s room at the fraternity.
The next night she goes to retrieve the notebooks. The friend is hanging out in the lounge with others and says, “Go ahead, the door’s unlocked.” Against her better judgment the girl asks, “How’s Chris doing?
Uncomfortable looks are exchanged. “We’re going out to the bars tonight…it was his idea.”
The girl’s heart hardens. Fine. Obviously, he’s just fine.
Crushed, she says nothing, but makes her way up the stairs and grabs the notebooks. But as she turns back around, the boy walks into the room. Ducking under the damn doorway.
He looks surprised to see her, he only came up here to deposit his coat. They exchange some dry small talk. She walks passed him to leave. Her hand is on the doorknob. He touches her arm, asks her not to go.
She turns around, confused. “Why should I stay?”
His next words come out in a rush. "Because I’m sorry, because I miss you, because I love you."
Nearly 365 dates later, they’re engaged.
And six years to the day she first saw him perched in a tree, the girl marries the boy. Now, after 25 mostly happy years, two kids, and a dog, the girl and the boy…are still married. Life isn’t perfect. People aren’t perfect. To be honest, the boy and the girl lose the love at times, still falling in and out of it, but in the end they always find it again.
Was it meant to be? Will it last forever?
Who knows?
But that’s love. 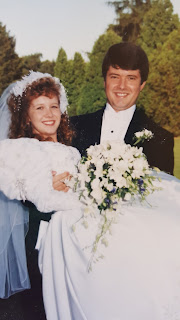 Marlo Berliner is the award-winning author of THE GHOST CHRONICLES, her debut book which was released in November 2015 to critical acclaim. The book won the 2016 NJRW Golden Leaf Award for Best First Book, was named FINALIST in the National Indie Excellence Awards for Young Adult Fiction, received the Literary Classics Seal of Approval, was awarded a B.R.A.G. Medallion, and was named one of the “best indie YA books we have seen in the past year, from both self-publishers and small presses” by IPPY Magazine. Marlo is represented by Eric Ruben of the Ruben Agency and she writes young adult, women’s fiction, and short stories. Her second book, THE GHOST CHRONICLES 2, was released in October 2017.

When she's not writing or editing, Marlo loves reading, relaxing at the beach, watching movies, and rooting for the Penn State Nittany Lions. After having spent some wonderful time in Pittsburgh and Houston, she’s now back in her home state of New Jersey where she resides with her husband, two sons, and a rambunctious puppy named Max.
Email Post
Labels: college lost love love valentine's day