The Love Triangle by Jaimie Engle of The Write Engle

For February, our theme is LOVE and LOSS. I thought I'd share a chapter from my book Writing Your Novel, Using the Bible as Your Guide titled "The Love Triangle" for my post this month. Enjoy!

Ah, the power of love.

Romeo and Juliet. Edward and Bella. Shrek and Fiona. 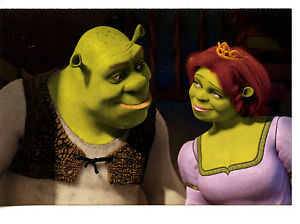 But what happens when that third person enters the scene? When Jacob vies for Bella’s heart, when Katniss feels torn between Peeta and Gale, or when Prince Charming locks Shrek up and steals his identity? Plot happens, that’s what.
In Genesis 29, Jacob reaches the land of his people, of Laban his uncle, where he runs into Laban’s daughter, Rachel. They go back home and after a great celebration, Laban asks him what his wages should be for working his uncle’s property. Jacob was in love. Mere money wouldn’t do it. Food had lost its taste. “And Jacob loved Rachel; and said, I will serve thee seven years for Rachel, thy younger daughter.” (verse 18) And Laban agreed. But there was a catch: Leah. 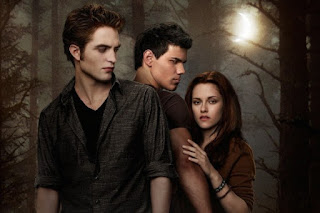 Leah was the older sister and it was customary that the oldest daughter be married off first. Unfortunately, she was the very less attractive older sister. “Leah was tender-eyed; but Rachel was beautiful and well favoured.” (verse 17) Maybe she had the hots for Jacob. Maybe she didn’t. We aren’t told. What we are told is that after seven years, Rebecca and Jacob wed, but with her face covered, the darkness of the bedroom, and the flow of wine, he awoke to find he’d married Leah. Laban had switched daughters, telling a furious Jacob that they don’t give the younger away before the firstborn in their country. But he could work another seven years for Rachel, if he wanted.
The love triangle is set.
I find it incredibly interesting that the great trickster is tricked, a wonderful plot thread to the greater story of Jacob’s life. Remember the chapter on plotting coincidence? This is another prime example in the Bible of cause and effect or sowing and reaping, where Jacob got what he dished out and then some. 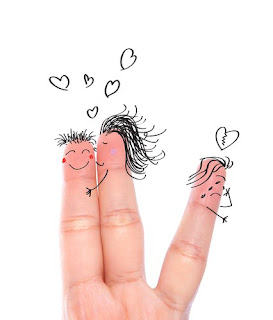 Jacob hates Leah, even though it isn’t her fault, and I’m sure Rachel hates her too. They’re all mad at Laban, who used his daughters for slave labor payment to gain wealth, and Jacob is stuck having to work twice as long and hard for Rachel as originally promised.
Imagine the pillow talk in that house! An unloved wife, whose womb God opens, whose desire to please her husband and gain his acceptance motivates her every decision. An adored wife who has to share her husband with her sister because of her father’s trickery, whose womb has been closed by God.
The things that make this love triangle work are those who want love can’t attain it and those who attain love don't have happiness. Betrayal, lies, envy, jealousy, deception, hatred, and love mingle together as the perfect story backdrop. Sounds like a movie.
Not all stories can pull off the love triangle. But even subtle flirting or wandering eyes can add tension to scenes by bringing in a third party. It’s done well with Harry, Ron, and Hermione in the beginning of the Harry Potter series as we wonder if Harry and Hermione will hook up, and where that will leave Ron, and eventually we wonder if Ron will ever get the courage to ask Hermione out as the romance shifts. It’s a major plot point in the Hunger Games, as we know Katniss’s loyalty lies with Gale although her heart is tugged toward Peeta. Christina Benjamin does a great job of this love triangle in her Geneva Project series as several suitors vie for main character ’s attention. Her heart aches for Nova, but when she meets Kai, it seems that her affections may shift.
Here's a video on the Top 10 Superhero Love Triangles because even supers have LOVE and LOSS.

How can you wedge hurdles between your lovers by bringing in a third person? Are there scenes you can alter to provide the tension from envy and jealousy, even if just for that moment? How can outside forces make a love triangle beyond your character’s control? What are they going to do about it? How far are they willing to go? 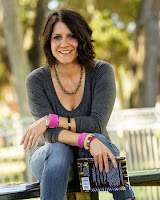 Jaimie Engle writes dark thrillers for teens where magic turns ordinary into extraordinary. She loves weaving lore into her stories and taking her readers on wondrous adventures. Engle is a cosplayer, podcaster, entrepreneur, and speaker at schools, conferences, and colleges. She has indie published several award-winning books and created WickBooks™ story-scented candles to enhance the readers experience. Support her at www.patreon.com/thewriteengle and follow at www.theWRITEengle.com.
Email Post
Labels: falling in love love and loss love triangle thewriteengle valentine's day