Don't Listen to the 'NO'-It-Alls by Jodi Moore

I’m not sure how many times my husband and I repeated this to our boys as they grew up. As they worked hard to pursue their own dreams. As they chanced…rejection.

Of course, dealing with rejection itself is easier said than done. 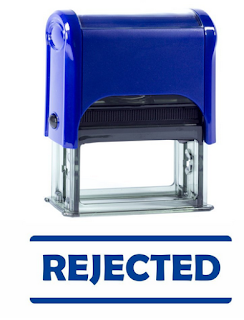 It never ceases to shock me how critical and disparaging some adults can be to children – even other peoples’ children! Our first-born decided he wanted to study video game design from the day Santa brought his first Nintendo game system. I can’t even tell you how many tried to discourage him, saying, “Programmers are a dime a dozen.”

Thankfully, he didn’t care what anyone else thought then. He still doesn’t.

Our younger son began performing at the tender age of 4, first with magic, then branching out into theater, dance, acting, choreography and direction. When he was only 9, he designed and performed a one-man 45-minute magic show for the school district. As he came off stage after a benefit performance, he was greeted by a crowd of appreciative “fans”.

However, one father asked, in a rather loud and snarky voice, “What? Do you think you’re going to be the next David Copperfield?”

But before I could even respond, my sweet little guy looked up at that tall man, smiled politely and said (in a rather loud and strong voice), “No. I plan on being the first Steven Moore.”

(I may have fist pumped from the sidelines.)

It was then I knew both of our boys would be okay in a rather difficult world.

I spent most of my life writing, but never really considered turning my passion into a career until my boys were toddlers. It was then I rekindled my love for picture books. I began to craft stories. To submit.

And to get rejected.

Instead of rising above, I let it pull me down.

When our boys left for college, my husband encouraged me to get back to “what I was meant to do.”

Oh, how I wanted to…but the rejections! Was I tough enough?

“What?” my boys asked me. “Have you been lying to us all these years?”

(Don’t you love it when your words come back to haunt you?)

You see, the thing is, I hadn’t. Not one little bit.

So, with their support and love, I moved forward. I wrote. I subbed. I got rejected.

With their support and hugs (lots of hugs!), I was able to deflect the “no-it-all”s. 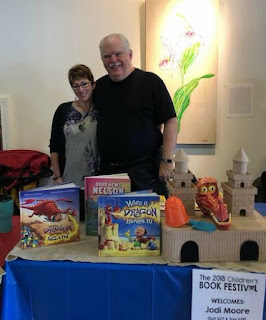 And with their support – as well as the encouragement of so many in the kidlit world, I published my first book. Then my second. Then my third!

Yep, they’re my superheroes in every way. 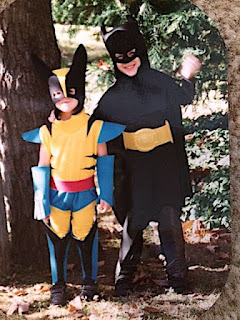 I still get rejections. And they still hurt. But they don’t stop me.

Because if it were easy, everyone would do it.
Posted by Jodi Moore at 12:14 AM