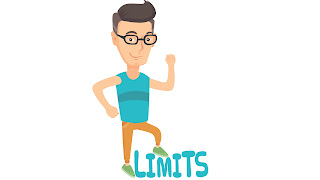 It's January, which is a time for making New Year's resolutions and setting goals. I've set a goal for myself that is at once terrifying and exciting.

I plan on writing and publishing three books this year. I actually did publish three books last year, but two of them were sort of already written. So, this year's goal is a big step up for me.

I've been cautioned by a few people who probably think they're being sensible and realistic, that this goal might not be an attainable one. I'll admit I've even had a few doubts myself.

But that sort of thinking is a sure way to limit oneself. January's not over yet and the first draft of the first book is more than halfway done. I've got eleven more months ahead of me and I plan on using my time wisely.

Don't limit yourself by what others think is realistic and attainable, and don't let limiting beliefs stop you from achieving all that you want to do. So, with that in mind what is your big, limit-crushing goal this year?