So, this month we’re writing about “limits.” For a lot of people, that word has negative connotations but I’ll argue that some limits are not only good, but necessary. Long before I had aspirations of becoming A Writer, I discovered that too much freedom tended to limit my creativity. In high school poetry assignments, for example, I found free verse way too loosey-goosey for my taste. In fact, given a choice of form, I’d go for a sonnet every time. That rigid structure (anyone remember? ABAB, CDCD, EFEF, GG—all in iambic pentameter) narrowed my choices enough that I felt free to create within it. Similarly, when I first tried my wings at novel writing, I chose a traditional Regency romance as my first effort. Like sonnets, those followed a relatively strict format: set between 1810 and 1820, the hero and heroine always met early, romantic interactions were constrained by the rigid societal conventions of the time, sensuality was limited to yearning and perhaps a few chaste kisses, they declared their love near the end of the story, then they lived happily ever after.

Within those limits, I wrote, sold and published half a dozen such novels before the market for traditional Regencies dried up completely in the late 90s. That forced me to venture out of my relatively narrow comfort zone if I wanted to keep selling. On the advice of Mary Jo Putney, I wrote a single title historical romance (though still in my beloved Regency period) that incorporated more history, more plot, and (horrors!) actual sex scenes. And what do you know? It was fun! I went on to write and publish eight historical romances for HarperCollins/Avon within my new, much-expanded limits. One limit that didn’t change was the requisite Happy Ending…and I honestly wouldn’t have it any other way. In my opinion (which is just that, my opinion), real life already has too much ugliness, tragedy and injustice. When I escape into fiction, as a reader or a writer, I crave uplifting stories that affirm justice, hope and love.

When I moved on to writing young adult fiction, that last limit was really the only one I brought with me. No matter what trials and tribulations I put my characters through, I want my readers to feel secure in the knowledge that they’ll come out on the other side better, stronger and happier than they went in. Just as I want that as a reader (or moviegoer), it’s what I want for my characters. Sure, in the real world life isn’t always fair. Good doesn’t always triumph over evil and love doesn’t always conquer all. But by golly, I can insist on that in my fictional worlds!

Now, none of this is to say that there aren’t limits we need to push beyond! Over the years, and especially as I’ve grown older, I’ve done my best to push against lots of limits in my own life. Stepping out of comfort zones is a great way to grow and discover strengths, abilities and other facets of myself I never would have suspected. 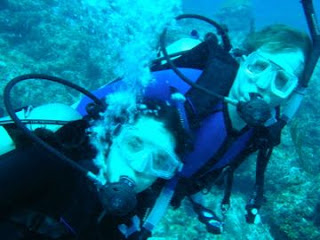 That’s why I started hiking in the Smoky Mountains in my thirties, learned to scuba dive in my forties, and took up Taekwondo after I turned fifty. (Oops, did I just admit my age here? Ack! Another comfort zone left behind!) Oh, and one of my limit-stretching goals for 2019 is to learn German, which I’m already discovering is not an easy language. 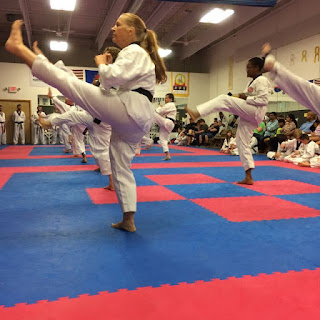 As I move into this new year, and the next year, and the next, I plan to keep pushing my limits whether they’re physical, mental or emotional. (I’m a fairly extreme introvert, so an ongoing limit-stretching goal is to get out and make more friends!) Sure, I’ll come up against limits I can't push through. We all do. But we never know how far we can push until we try.

So that’s my exhortation to you for 2019: push some of those limits you may be taking for granted. You just might surprise yourself!