I Cross the Line (Brian Katcher) 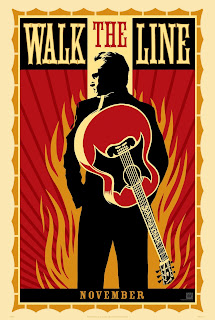 First of all, I'd like to say that Crossing the Line was my original title for Almost Perfect.

Okay, now I have to mention that in my only published horror story, I did include a graphic description of a man being graphically crucified. No one, to my knowledge, had a problem with that.

On the other hand, in another book I wrote a PG-13 romance between a heterosexual boy and a transgender girl. This is my most challenged book, by far. There was sex, but it was implied, not graphic.

So why do people have a problem with a couple of terrified eighteen-year-olds having their first sexual experience in a college dorm room, whereas they're fine with a a depiction of a doughboy witnessing an enemy soldier die, nailed to a cross, with his eyes gouged out?

I think it's the same reason as the now defunct Walmart.com music download site was fine with lyrics about Eminem murdering his pregnant girlfriend (you can hear her screaming in the song), but bleeped out the word 'vodka.'

We censor sex, but not violence. We're more concerned about bad words than bad deeds. I once lost out on a lucrative summer school contract with an out of state district because the school board noticed one of my books contained one instance of the F word. The same people apparently didn't have a problem with my description of a young woman being violently attacked.

Check out the many reasons books are challenged. There's language, sexuality, LGBTQ issues, disrespect to authority (see: The Hate U Give), etc. But it's almost never due to violent content.

That guy in San Diego didn't have sex with a bunch of people in front of their synagogue on Saturday.

In conclusion, censorship sucks, but I think we're up in arms (whoops) about the wrong things.

And please read my book Almost Perfect, which the Florida Tea Party describes as 'Obscene...possibly pornographic.'

P.S. According to director John Waters, you're allowed to say the F word one time in a PG-13 movie, provided it's used as an adjective or interjection, not a verb. So now you know that.