Some weeks are longer than others. It's a proven fact. Eleven years ago, I was having a very long week. It started off with jury duty. 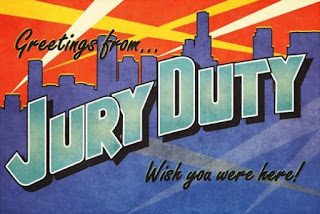 When we were selected, we were told in all likelihood we wouldn't be there more than an hour. But they hadn't expected the defendant to fire his attorney and represent himself. That one hour became two very long stress-filled days.

Because of jury duty, we had to rearrange our schedules in the public library where I worked to ensure that there was always someone to cover the children's reference desk. I normally worked Tuesday nights, but swapped with my coworker and covered her Wednesday night instead. She warned me that Wednesday nights could be a bit wild. I didn't see any reason they should be that different from Tuesday nights. I should have listened to her.

That Wednesday night someone stole a purse from a mom in the children's department. The police had to be called. I had to stay late to give a statement to the police and fill out a library incident report. 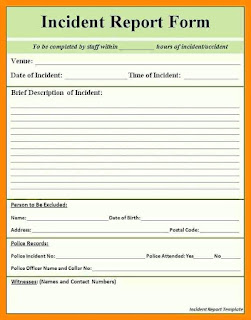 Unfortunately, I was no stranger to library incident reports. Not long before that I had to fill one out after some jerk decided it would be a good idea to slash my tire while my car was parked in the library's employee lot. This came not long after the incident report I had to fill out after I started receiving weird stalkerish phone calls from the sister of some mystery library patron who allegedly wanted me to be his wife. Fun times.

I think a lot of people have it in their heads that libraries are nice, peaceful, stress-free places to work. I love libraries, but like any place of employment they have their pluses and minuses.

I was still feeling pretty exhausted Thursday morning when I had to do my baby storytime, but I soldiered on and read a fun picture book and sang our songs. Part of our baby storytime was participatory where we would hand each toddler their own board book which they and their parent could read along with me. It was a fun little activity that had never been an issue before, but that had already been quite the week. 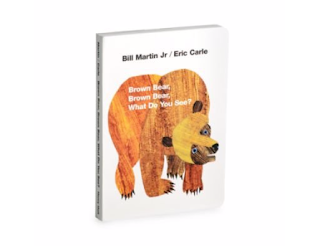 That week's board book selection was Brown Bear, Brown Bear, What Do You See? by Bill Martin, Jr. and Eric Carle, a fun and enjoyable literary classic. Well, maybe a little too enjoyable. When it came time for the kids to hand back in their board books, one little boy wasn't having any of it. He wanted to hang onto his copy. Grandma tried her best to coax it from him. Frustrated, he flung the book across the room.

The projectile flew straight at one of the other moms. The book's hard cardboard corner clipped her lip. She let out a cry of pain. There was blood. There was another incident report. My long week got a little longer.

And that's how a beloved picture book changed my life. Library jobs don't pay especially well, and when you factor in all the stress, one can get burned out pretty fast. What I wanted to do more than anything was write books not incident report statements, and so after that fateful storytime I resolved to find a way to make that my reality.


Alissa Grosso remains a regular library user, but she no longer works in them. Since leaving her library job she's written seven books, and is working on some more. Find out more about her and her books at alissagrosso.com.
Email Post
Labels: brown bear eric carle incident reports jury duty librarians library stories working in public libraries