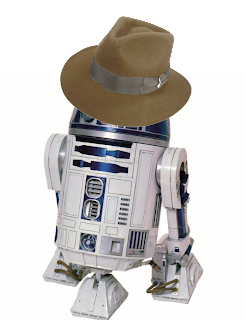 Does July seem like a strange time of year to be talking about Easter eggs? Well, what if I told you these aren't the brightly colored eggs you search your front yard for? I'm talking about the metaphorical Easter eggs that astute fans spot in their favorite movies and video games.

Okay, so the term Easter eggs is used to describe some sort of secret or hidden reference tucked away in a movie or creative work. Digital Spy has compiled a nice list of some Easter eggs that you probably haven't spotted in popular movies such as some familiar Star Wars droids hidden in some hieroglyphs in Raiders of the Lost Ark.

Yes, but apparently authors have been known to dabble in some Easter egg hiding as well. I enjoyed this list that Mental Floss compiled of some literary Easter eggs. And while I enjoyed learning that F. Scott Fitzgerald included a poem he wrote that he attributed to a character in one of his other novels in The Great Gatsby, my favorite Easter egg from the list was the story of how John Betjeman biographer Bevis Hillier exacted some revenge for a bad review that fellow biographer A. N. Wilson had given him. Hillier created his own Betjeman love letter that just so happened to fall into Wilson's hands. Believing it to be the real deal A. N. Wilson included it in his own John Betjeman biography, which was when reviewers spotted that the first letter of each sentence in the love letter spelled out: A N Wilson is a shit. Good stuff!

Okay, who among us hasn't felt like Michael Scott at some point and wanted to be part of an inside joke? Well, the cool thing about being a writer is that we have the opportunity to create our inside jokes by hiding references and planting secrets in our books.

Um, it has occurred to me that I really haven't been making full use of this magical ability of mine. Looking back on it, I can only think of a few instances of planting Easter eggs in my own works.

So, the first time I decided to toss an Easter egg into something I had created, it wasn't even a 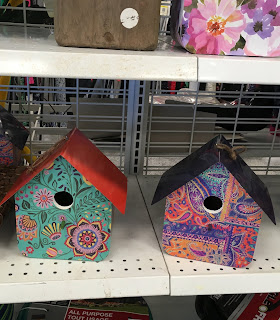 book. It was back when I was editing a "newspaper" aimed at tourists to the Poconos. I put the term newspaper in quotes because though the publication was printed on newsprint our news stories were not pressing matters but things like exciting deals on lift tickets or a tasty new treat added to the offerings of a local candy shop. It was late one evening and I was working on finishing up a story on a local gift shop, but needed a cutline for a picture of some birdhouses they had for sale. On a whim I typed "Make a little birdhouse in your soul." As die-hard fans will recognize this is a reference to the They Might Be Giants Song "Birdhouse in Your Soul." Alas, no diehard fans seemed to be reading the photo cutlines in that issue because I didn't receive a single letter in response to my little homage.

Easter egg side note: I remember reading a story about an unexpected Easter egg planted by the guys from They Might Be Giants. So, there's a pretty trippy picture book out there called The Nightgown of the Sullen Moon by Nancy Willard. Apparently a young fan decided to create their own fan art of the book and then sent it off to They Might Be Giants as fan mail. Unaware that the crayoned masterpiece was not an original idea but an actual published book (the book's about the moon finally getting what she's always wanted, a flannel nightgown so you can understand how one might assume that it was simply something created by an imaginative kid) decided to pen their own song titled of course, "The Nightgown of the Sullen Moon." Only after its release did they learn from fans that it was in fact a published children's book. 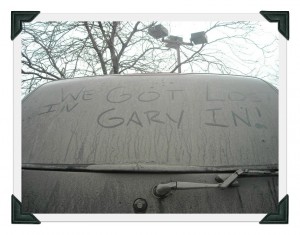 Every Easter egg I've hidden in my own books has been a personal reference. In my book Unnamed Roads there's a chapter titled "We Get Lost in Gary, Indiana" a reference to a road trip photo a blogger sent me from back when I was doing some promo for my second book Ferocity Summer. Also in that book one of the prizes that Grandma Honey wins is an orange juice mug, and many years ago I too won an orange juice mug. As it turns out mine was way cooler as it was in the shape of Donald Duck's head. However, like many of the prizes Grandma Honey won I eventually sold that mug on Ebay. I suppose every author has little personal details like that sprinkled throughout their books.

I see now, though, that I really haven't been making full use of my Easter egg hiding abilities. There's just so many opportunities to have some fun and offer up little literary prizes for the most astute of readers. Well, it's something I'm going to have to start paying more attention to.

To all of you who have made it this far into my little post on Easter Eggs, all I'll say is I may have decided to do something about the shortage of Easter eggs in what I write, and as a clue I might have been inspired by that prank Bevis Hillier managed to pull off. So, happy Easter in July!


Alissa Grosso is the author of four young adult novels as well as three books for adults, which she now realizes unlike the article above are sorely lacking in Easter eggs. If you would like to know more about her and her books you can visit her at alissagrosso.com.