No Censorship!..except when it comes to my daughter (Brian Katcher) 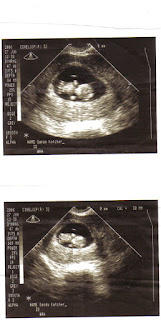 They grow up so fast, don't they?

As an author and a librarian, I've always railed against censorship in any form. I remember being in 7th grade, asking a friend if he'd read a certain novel. He responded that he wasn't allowed to read novels. Even worse, he wasn't allowed to watch 'Three's Company.' I swore that as a parent, I'd never control what my child watched or read.
And now I'm the parent of an incredibly intelligent 13-year-old daughter. One who devours several lengthy books each week. And I have to ask myself, should we put limits on what she reads and watches?

When she was eleven, we took her to see The Book of Mormon, not really understanding what the musical was about. Even worse, my mother was there. Determined not to repeat that mistake, we're more careful about movies and TV shows with explicit sex. She's on board with this; she automatically fast forwards past the dirty parts of movies.

But what about books? I only recently allowed her to read my most popular novel, Almost Perfect, due to the mature content. But I also don't want to approve every book she checks out. In the end, we let her choose her own books, no matter how mature.

Of course, she's also one of the few teen girls who still asks her father to read to her. And as an 8th grader, I can finally share some of my old favorites with her. We're currently working our way through Vonnegut. But, I do get embarrassed and find myself softening the language or saying 'Aaaand...well, you can guess what they did next'. We're probably going to have to skip Breakfast of Champions for now.

Ultimately, I can't picture myself telling Sophie she can't read something. Hell, the Florida Tea party tried to have one of my books removed from the schools. I can't very well follow in their footsteps, can I?