This month our topic (decided among our group of YA bloggers a few months ago) is fear: what we’re afraid to tackle, how we’ve managed fear in the past, etc.

I had planned to write about fear as it relates to my life as an author, but I live in Minneapolis, where George Floyd was viciously murdered by a police officer just over a week ago (as I write this), and what I planned to write is now irrelevant.

If I told you how I’m “managing” my fears right now, it wouldn’t be either a success story or an uplifting read.

We spent most of March through May worried about COVID-19. Would we catch it? Would someone close to us catch it? Would we die from it? Stores and restaurants and almost everything I love (live music! theatre! travel!) basically ended. Seeing friends: mostly gone. Hugs: gone. Masks: the new fashion statement.

It’s now June, and COVID-19 is still with us. But George Floyd died. George Floyd’s murder has become a turning point for America, but whether we turn in the right direction - and there IS only one right direction - is still up in the air. We MUST fix — no, eradicate — the racism, dangers, and other problems faced by people of color on a daily basis. If we don’t, in the grand scheme of things, COVID-19 isn’t all that.

Meanwhile, several of my friends live in the “war zone,” as some call it here in Minneapolis, the area near where George Floyd died. It’s filled with good people of all colors, and peaceful protests, but it’s also a target of opportunists (including many not from Minneapolis) who are looting, burning, and doing what they can to destroy our city. The area of violence is expanding on a daily basis, reaching out into neighborhoods that initially felt safe. Even in my neighborhood, which IS relatively safe, I’ve gone to sleep a few nights in the last week wondering if someone would vandalize, break in, or even torch my house. Wondering if we’d live through the night. Wondering if my kids would come home safely. Many people have a much harder time of it, 24/7. And it doesn’t yet show any signs of ending. 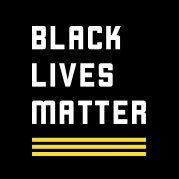 My young-adult kids are quite active in both the ongoing protests and the cleanup and rebuilding of Minneapolis. My fears for them know no end. My pride in them: same.

Sometimes all you can do with fear is try to survive it and come out the other side. Both here in Minneapolis and throughout the world, if you’re not feeling fear right now, you’re not paying attention.

So. Wear a mask. Listen to others, especially those who have completely different lives from you or who think differently from you. (Unless they’re truly stupid and/or hateful, in which case make use of the “unfollow” and “snooze for 30 days” buttons on Facebook.) Be kind. Do what you can to make this world a better place for EVERYONE. Vote. 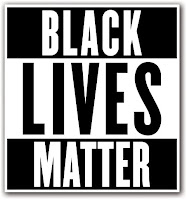 That’s all I’ve got right now. It’ll have to be enough.

And maybe that’s my whole point: whatever you’re doing to get through the crises and fears of 2020, it’ll have to be enough.

Mary Strand is the author of Pride, Prejudice, and Push-Up Bras and three other novels in the Bennet Sisters YA series. You can find out more about her at marystrand.com.
Posted by Mary Strand at 3:00 AM