I’ve always loved baseball great Yogi Berra’s many not-quite-malapropisms (and who ever gets to use that word, right?), and my title for this blog is one of my favorites of his. It’s also the name of a song by John Fogerty, but Yogi was there first.

This month at YA Outside the Lines we’re all about our core stories, or themes we return to as writers over and over in our novels.

I would rather blog about Yogi Berra. Or baseball. Or, even better, basketball. Or music. Or the new guitar I totally deserve. Or WHATEVER. 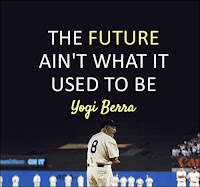 For someone who analyzes the bejeezus out of pretty much everything, I’m actually not a fan of analyzing my writing. I’m good with writing, good with revising, even better with HAVING written or revised. But analyze it?

Could we talk Yogi Berra? Or maybe, MUCH better yet, Chris Hemsworth?

In an online (writers’) voice class I took 15 years ago, we had to pour our little hearts out in front of eight or 10 other writers about every detail of our lives, practically since birth. At the end of the six-week class, we analyzed what made us tick. More precisely, what made our books tick.

I just dug out those emails and writings. Yeah, I tended to dodge the questions asked of us. Here’s a favorite:

Q: If you could only write ONE book in your life, what book would it be?

A: The one that wins the Pulitzer. I don’t care what it is. 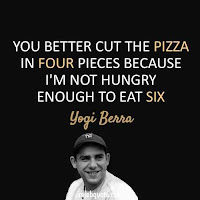 At the time I was writing adult fiction, but I switched to YA as a result of that voice class. (The ENTIRE class said I talked and acted like a 17-year-old. As if!) But I ultimately said that I wrote about real-life situations that people can identify with, and that I tended to write about smart, successful women (or, now, teenage girls) who have problems, but they face them. Eventually.

I think that’s still true. It’s my core story. I don’t like to write about whiny people, especially as protagonists. (At a recent writers’ conference I attended, an agent asked why my 15-year-old heroine wasn’t whiny or sarcastic or even obnoxious to her parents, “the way 15-year-olds all are.” Yeah, no. At age 15, I wasn’t. My heroines aren’t, either.) 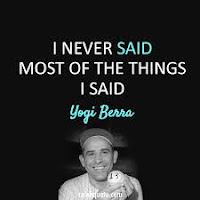 Even people who have problems (and we all do) can be smart, strong, and tough, which often makes them APPEAR invincible and fearless to those around them, even their best friends. As a result they’re pretty hard to get to know. In my books, they’re also athletic (almost without exception) and they’re probably funny, because humor helps you get through hard times even more than a pint of Ben & Jerry’s does. But I will note that many pints of Ben & Jerry’s have been consumed in the pages of my books. Cool cars often appear, too, because girls like me love cars.

In short, I write novels about myself. Over and over and over again. And yep: my characters and I are pretty hard to get to know. But we deserve happy endings, too.